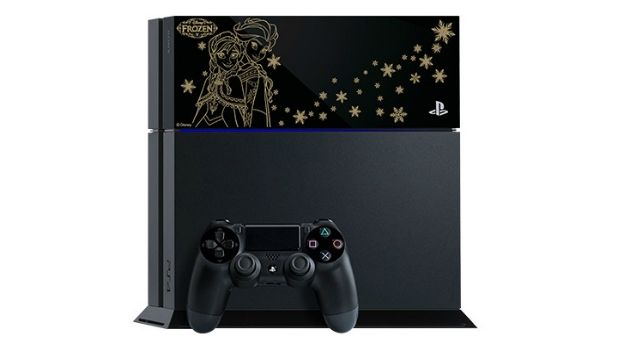 Two things kids love are Disney and games consoles – and Sony knows it.

That's why to coincide with the DVD and Blu-ray release of Frozen, the highest grossing animated film of all time, Sony is releasing a Frozen-themed PS4.

Sadly it won't make it to UK shores and will only be released in Japan, where the animated film has been a huge hit.

The black console adds a special golden print depicting Anna and Elsa, the two sisters from the film tipped off with some snowflakes.

It's also bundled with a DualShock 4 controller and a headset, but oddly doesn't include a copy of the disk in the box.

The Frozen soundtrack has since become the biggest-selling movie album since Mamma Mia! in the UK.

The Frozen PS4 should also push up sales over in Japan, where Sony's next-gen titan has suffered recently