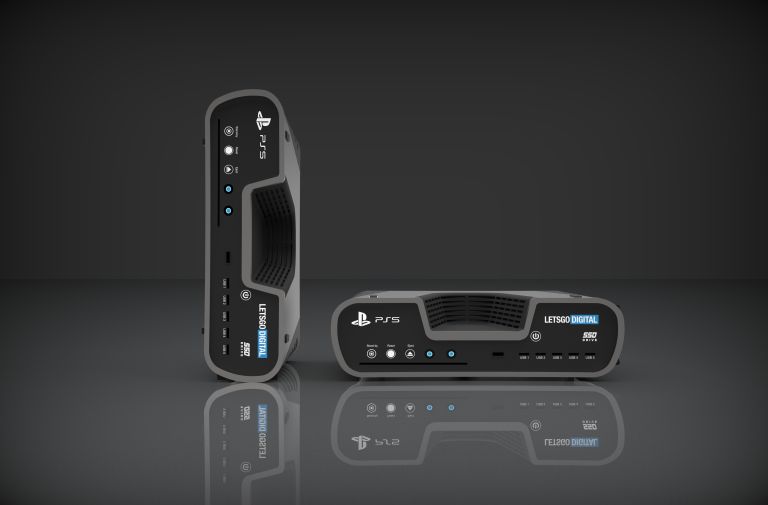 Less than a week after it was revealed that the futuristic design concept of the Sony PlayStation 5 (PS5) that surfaced earlier in the year was real, based on a recent patent application, Let'sGoDigital has taken a stab at refining the visual – using scraps of information offered up by the insider who confirmed the design as the foundation.

To be clear, this isn't necessarily an accurate representation of what the PS5 will look like. The insider confirmed to Gizmodo that the render that first surfaced in August is indicative of a device Sony sent to developers this summer so they could start creating content optimised for the PlayStation 5 ahead of its impending launch in 2020.

Sony is no stranger to distributing wacky hardware to developers as a means of throwing something of a curveball to the media and the fans alike – all in the interest of sparking a conversation. After all, it's this pre-launch discussion that fuels anticipation. So this design could just be another marketing play. In fact, it probably is.

Earlier this week, Sony PlayStation CEO Jim Ryan confirmed to WIRED that the forthcoming PlayStation 5 will be called just that. He also revealed that the console will hit the shelves in time for the next holiday season, which will span from November through December 2020. However, Ryan did not comment on the PlayStation 5 Pro.

At the same time, Lead System Architect Mark Cerny divulged that the PS5 will also support ray tracing, with games coming bundled on 100GB optical discs that can be installed in individual modules using device's integrated 4K Blu-ray player – the multiplayer can be installed separate from the campaign and vice versa, for example.

Other confirmed details include a custom-made AMD Navi processor, support for 8K Ultra HD, a new power-saving mode that consumes less juice than a PS4 in standby mode, and a revamped PlayStation controller that features haptic feedback and "adaptive triggers," which delivers resistance based on your in-game activities.