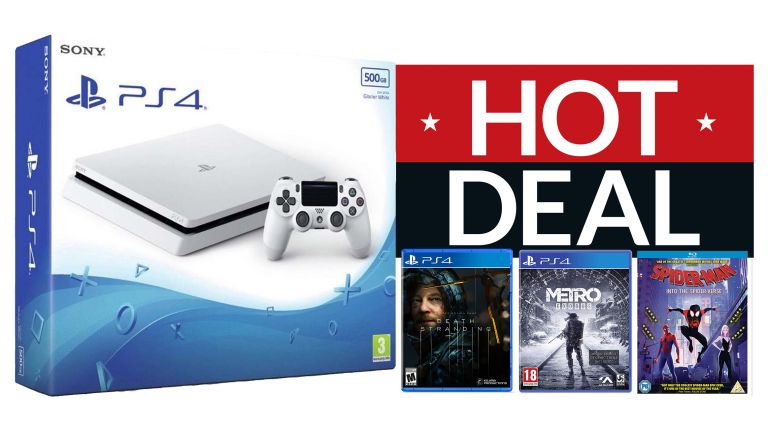 The Sony PlayStation 4 deal at Argos delivers huge gaming and entertainment value, bagging the white 500GB console along with two top games and a great movie for cheap.

The best thing about this deal, though, is that it is customisable, meaning that you can swap in different games or a different movie if you've already got these titles. Lots of big games are available to be added, such as Days Gone. God of War, and RAGE 2, while a couple of other movies like Jumanji: Welcome to the Jungle are on offer.

All you have to do is simply click "View special offers" on the web page and then you can start building a bundle.

Sony PS4 White 500GB | Death Stranding | Metro Exodus | Spider-Man: Into the Spider-Verse Blu-ray | Was | Now £199.99 | Available at Argos
This is a crazy amount of gaming and entertainment in one fantastic bundle deal. You get the rarer white PS4 console along with new game by Hideo Kojima, Death Stranding, as well as epic dystopian shooter Meto Exodus and one of the films of the year, Spider-Man: Into the Spider-Verse, on Blu-ray for just £199.99. Click "View special offers" to see the deal. Free delivery is included.View Deal