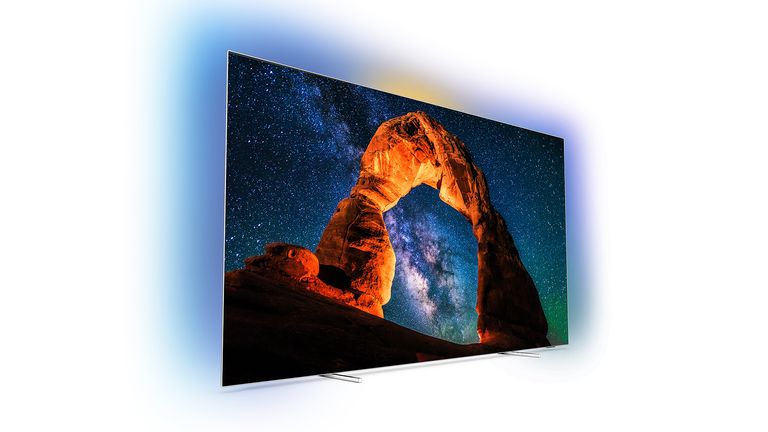 Those in the know rate Philips TVs highly for pure visual quality and audio excellence fi not, perhaps, for ease of operation. Sadly, most people stampede straight to LG for OLED or Samsung for QLED but these tasty, potentially – dare we say it? – Amazon Prime Day-beating deals might tempt discerning punters towards Philips…

Yes, you wait ages for a Philips OLED TV deal and then four come around the corner at once. Sure, this is because these TVs are a year or more old and lined up for replacement by Philips' 2019 OLED screens but they are still quality televisions, and well worth considering at these discount prices.

One of the very best 2018 TVs you can buy for picture quality, the 803 also boasts surprisingly good sound and Philips' exciting Ambilight backlighting, erm… thing. Unlike the 903, which is also discounted today, the audio is by Philips rather than via a bespoke, built-in Bowers & Wilkins soundbar but it is still unusually good for a slim OLED panel, sound-wise.

For many AV experts, Philips' flatscreens offer better picture processing than rivals, while retaining all the usual strengths of OLED – contrast as wide as the horizon, brilliant colours, near-instantaneous refresh rates and reassuringly high price tags. At £1,299 you are unlikely to find a better deal on a 55-inch OLED this week. Ambilight is really very cool, too, spreading coloured light across the wall behind the panel to complement the onscreen action.View Deal

We can't find any real deals on the larger (65-inch) Philips 65OLED803 but John Lewis serves it up with a 5-year warranty, free (non-express) delivery and the option of accidental damage cover for a not-totally-unreasonable £120.

*By which we mean they didn't know which TV was which, as opposed to those doing the testing being vision impaired.View Deal