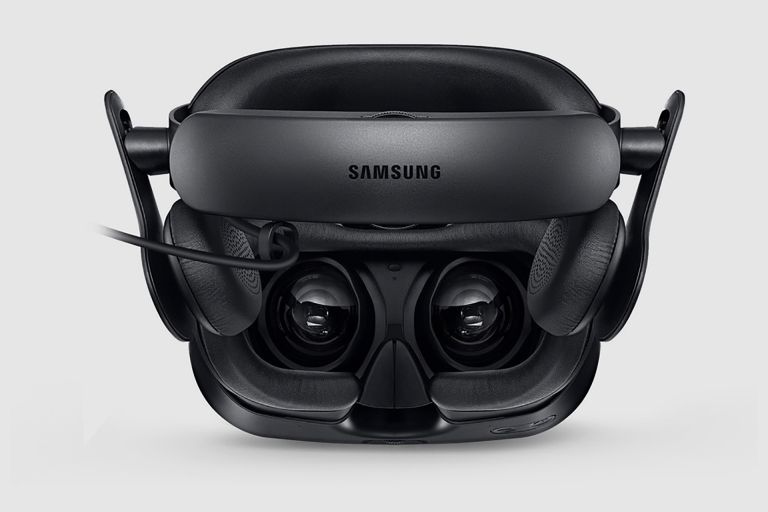 Windows Mixed Reality is all the rage right now and it looks like Samsung isn’t going to miss out on the action.

The leak appeared on Twitter via Walking Cat with a selection of photos of the Samsung Mixed Reality Headset. This head dwelling smart system can be seen with dual cameras in the front, AKG headphone audio and a wired connection. All that should mean an augmented reality experience right out of the box.

Other Windows Mixed Reality headsets, already announced by Acer, Asus, HP and Lenovo all also pack in internal motion sensors. These allow the headset to detect movement so the wearer doesn’t need to setup sensors in the room to detect headset location. The result should be a simple to use augmented reality experience - presuming you have a Windows machine to do the data crunching of course.

As you can see from the gallery below there was also a shot with the headset next to Microsoft's motion controllers suggesting these will be fully integrated for Windows.

Microsoft is holding an event on 3 October focused on its Mixed Reality platform so it’s a fair bet that this headset will be unveiled there. Pricing is less clear, however the headsets are meant to be affordable with the current announced batch starting at $299.

Check back to hear more on 3 October and read up on the Asus headset here.