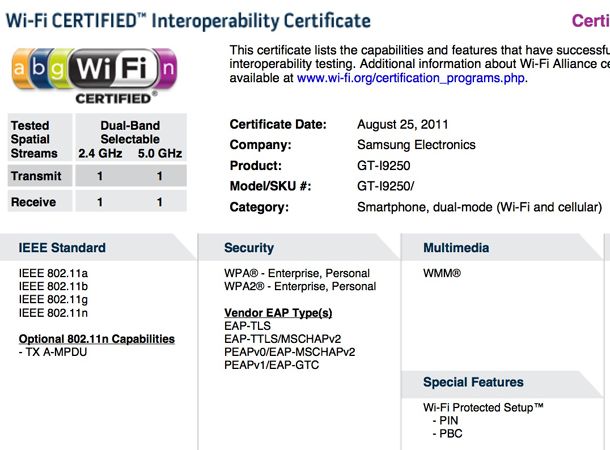 In spite of Google's recent acquisition of Motorola, it appears that the Big G are deferring once more to Samsung to knock out the company's next Nexus phone, the Nexus Prime.

Google know-it-alls Droid-life.com reported yesterday that the Nexus Prime has just received its WiFi certification, a testing phase that all smartphones undergo to make sure their WiFi gets along with other WiFi devices. Not only does this prove that the Nexus Prime exists, but also that the production model is finished and raring to go, with Droid-life positing a late-Autumn-early-Winter release date.

So, what's to look forward to in the Nexus Prime? Well, for a start there's that rumoured 4.65-inch screen , then there's the next-gen, 1.5GHz dual-core processor for blindingly fast... well, everything. It's also being touted as the first Android phone to come running the updated Android Ice Cream Sandwich. We'd say that's worth holding back on any upgrade opportunities for.