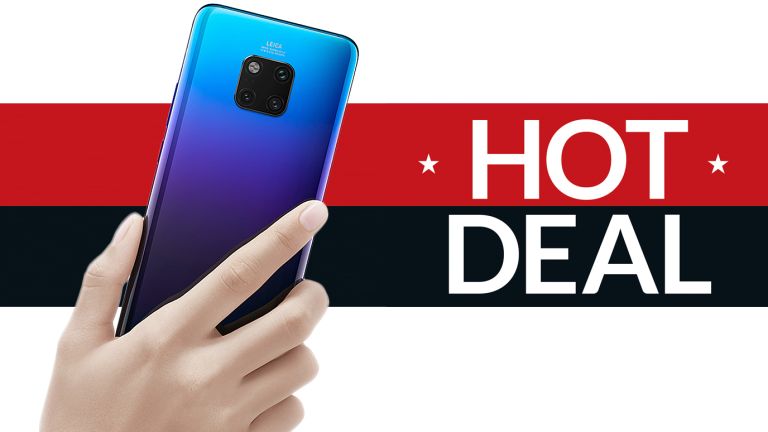 Have you been scouring the January sales for a good deal on the Huawei Mate 20 Pro? Well, look no further because we've unearthed a beaut' that bundles a hefty amount of 4G mobile data, unlimited calls and texts and has no upfront cost.

The Huawei Mate 20 Pro is a hugely impressive smartphone. In our Mate 20 Pro review, we called the handset "one of, if not the, best phones ever made". The flagship smartphone first launched on October 16, 2018 with a £899 price tag.

However, Mobile Phones Direct has now unleashed a stellar deal on the device that offers 50GB of 4G mobile data, unlimited text messages, unlimited calls and no upfront costs for £45 a month.

While that's certainly not the cheapest monthly phone contract cost you've ever come across, it's remarkably good value for a powerhouse like the Mate 20 Pro. Any deals with lower monthly rates will have extortionately high upfront costs, trust us.

However, if you'd rather pay less each month on your direct debit, it's worth taking a look at this Mobiles.co.uk offer. Priced at £37 a month, the deal includes the same unlimited texts and unlimited calls, although you'll have to settle for 20GB of mobile data less each month. There's also an upfront cost of £140 – and that's even after you've applied our exclusive £10 off voucher code (10OFF).

Obviously, you can always buy the handset SIM-free and check out our best SIM-only plans where you can bag some monster data allowances and call and text packages for some truly ludicrous prices.

Huawei Mate 20 Pro from Mobile Phones Direct | O2 | FREE upfront | 50GB data | Unlimited Calls, Texts | £45 a month
This is easily the best value deal on the Huawei Mate 20 Pro out there right now. Not only do you not have to pay anything upfront, but you also benefit from a massive 50GB of data each month.
Total cost at the end of the contract: £1,080View Deal