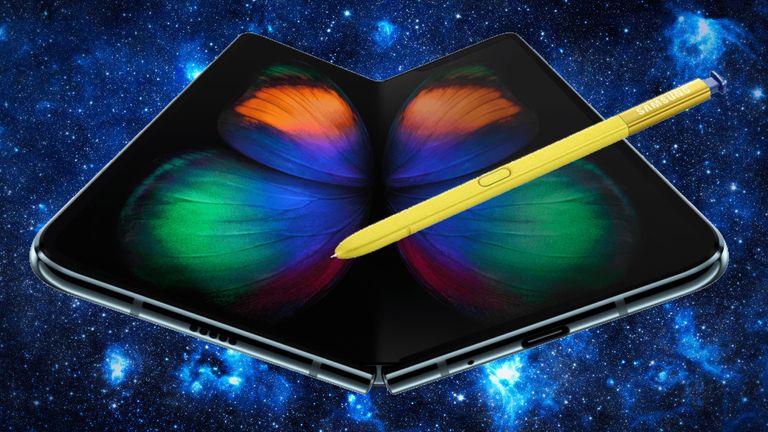 The Samsung Galaxy Note 10 is one of the most anticipated phone launches of the year, with the powerhouse new device set for an official unveiling on August 7, 2019 at Samsung Unpacked.

Judging from recent leaks about the new Note range, which is slated to include two models, the Note 10 and Note 10 Pro, it looks like it is going to be South Korean maker's most impressive technical leader yet.

However, with Huawei's ban on licencing Google's Android OS now seemingly over, and with strong rival makers such as Apple and its new iPhone and Google and its Pixel 4 also set to fiercely contest this holiday season's trading period, Samsung will have a harder time than ever before in protecting its reputation as the world's best smartphone maker.

The one thing Samsung's Note series of smartphones can rely on in the coming phone war is its S Pen digital stylus, which was once more prominently used in the recently released Samsung Unpacked teaser invite video. Now, according to a report by SamMobile, Samsung is bringing the S Pen to a new Galaxy Fold folding phone.

A Samsung Galaxy Fold 2 with digital S Pen stylus included, just like the Note, makes perfect sense, as the large tablet-size screen of the device when unfurled would be a perfect partner for the illustrative and administrative functionality a stylus can bring.

After all, Samsung has always tried to maximize screen space on its Note series with large screens and aggressively curved display edges, so a new Galaxy Fold that allows a reported eight inches of screen real estate would technically be even more suited to stylus support than the Note itself.

And that inevitably raises the following questions: is Samsung going to unveil this new folding device at Samsung Unpacked in August, and will it actually be called the Samsung Galaxy Note Fold? After all, the "Galaxy Fold" name is arguably now tainted by the original device's serious, product pulling, hype-killing mega fail, so by re-branding in this way Samsung could move on in the most logical way possible.

The Note series is famed for being Samsung's technical leader, and also as its only vehicle in the smartphone space that incorporates a stylus, so a Galaxy Note Fold would benefit from the Note's premium, cutting-edge reputation, and feel a natural bridge between the South Korean maker's phone and tablet ranges.

What are the chances of Samsung unveiling a new Note 10 and Note 10 Pro, before then dropping a show-stopping, Apple-style "one more thing" Galaxy Note Fold unveiling? Be sure to check back in to T3.com come August 7 to find out…