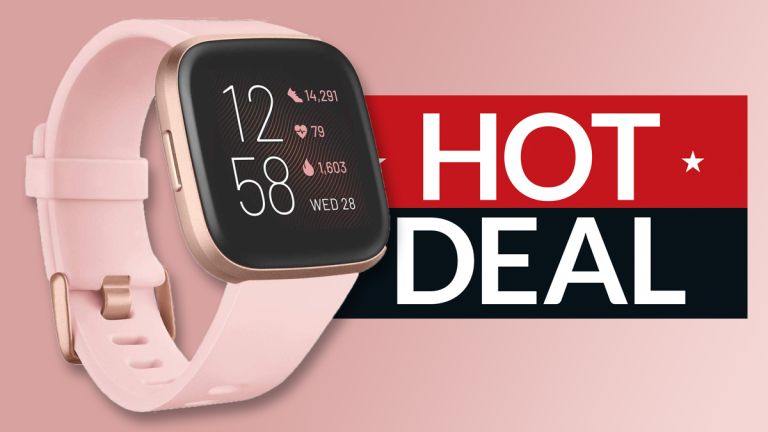 We already had a pretty amazing Fitbit deal today but in case you are interested in the latest and most advanced Fitbit, take a look at this stunning Fitbit Versa 2 deal on Amazon. The Alexa-powered fitness smartwatch has literally just been released and it is already being discounted.

No need to wait for those Black Friday deals to come, although some of them have already arrived, like this Fitbit family bundle deal, which includes the Fitbit Inspire HR and the Fitbit Ace 2, or this great Fitbit Aria 2 smart scale deal that brings the price down for under a £100.

Fitbit Versa 2 fitness smartwatch (Black or Copper rose colour) | Sale price £172.13 | Was £199.99 | Save £27.86 (14%) on Amazon
Using the integrated voice assistant, get quick news, info and weather, set bedtime reminders and alarms or control your smart home devices with ease. The Fitbit Versa 2 also tracks sleep, heart rate (24/7) and supports smart notifications, among other great features. Not to mention, the battery lasts over four days with just one charge. Now £27.86 off on Amazon, for limited time only!View Deal

Why you should buy the Fitbit Versa 2 fitness smartwatch

The Fitbit Versa 2 is the latest flagship model from the company that's been producing fitness trackers since way before fitness trackers were all the rage. Therefore, you can trust the Versa 2 to track all your daily activities, let them be steps taken, calories burned or workouts, with high precision.

What is new since the previous iteration is the built-in Amazon smart assistant, Alexa, which means you can get news, weather reports, set reminders and loads more, using only your voice. Talking to your wrist has never been more entertaining.

On top of this, the Fitbit Versa range has been renowned for its design that enables the smartwatch to be worn all day. This is great because the Fitbit Versa 2 can track heart rate all day as well as sleep patterns, so wearing it longer will give you more insights about your body's key metrics.

Much like the Garmin Venu, the Fitbit Versa 2 has an on-screen workout feature, too.

And of course, the Fitbit Versa 2 is compatible with the Fitbit App, so if you have been using another Fitbit tracker before, you can seamlessly add data from your new Versa 2 to the app without missing a beat.