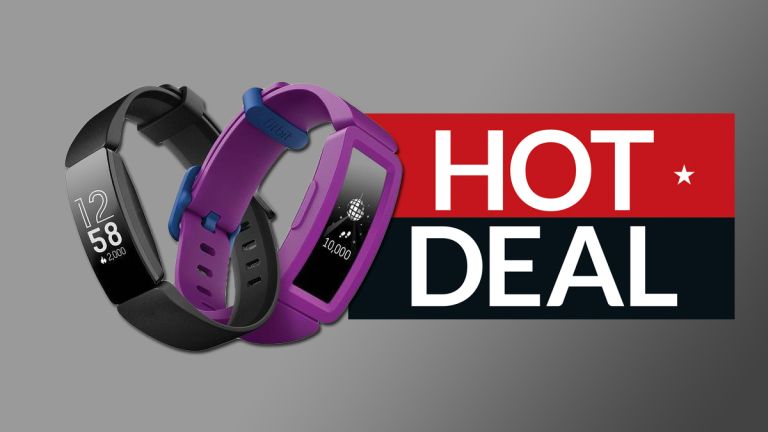 That Hot Deal badge in the top image hasn't been more relevant than this. There is a red-hot Fitbit deal at Argos right now: get a Fitbit activity tracker both for yourself and your child for just under £120. That's two Fitbits for under £120. Crazy.

Both activity trackers are a priced well as default, but with this offer from Argos, you can get them for such a low price that even if you weren't thinking of buying one, you will do now. These Fitbit trackers are perfect stocking fillers too. Never too early to start getting ready for Christmas.

Fitbit family bundle (including the Fitbit Insipire HR and Fitbit Ace 2 activity trackers) | Sale price £119.99 | Was £159.99 | Save £40 (25%) at Argos
Motivate yourself and your child to move more with this Fitbit bundle deal from Argos. Both activity trackers are water rated to 50 metres so it's safe to use them in pools (and even bath time). They also tracks sleep as well as calories burned, steps taken and more. Now just under £120, a great deal from Argos!View Deal

Why you should buy the Fitbit family bundle deal

It is easier to stick with a new, healthier lifestyle if you have a partner in crime that supports you as you improve your health. Thanks to the Argos family bundle, you can make the first step of becoming healthier along with your child, all for a very modest price tag.

Both Fitbit models included in the deal, the Fitbit Inspire HR and the Fitbit Ace 2, are compatible with the Fitbit App where you can track and monitor your and your child's activity.

The Inspire HR – as the name suggests – tracks heart rate which helps tracking calories burned throughout the day better. The Inspire HR also scores your fitness level and has a guided breathing session mode, on top of the usual activity tracker features.

The Ace 2 supports smart notifications and has a built-in motor that provides haptic feedback on achieving certain daily goals, like steps. It also counts calories burned so it's a good way to track and understand your child's nutritional needs better.