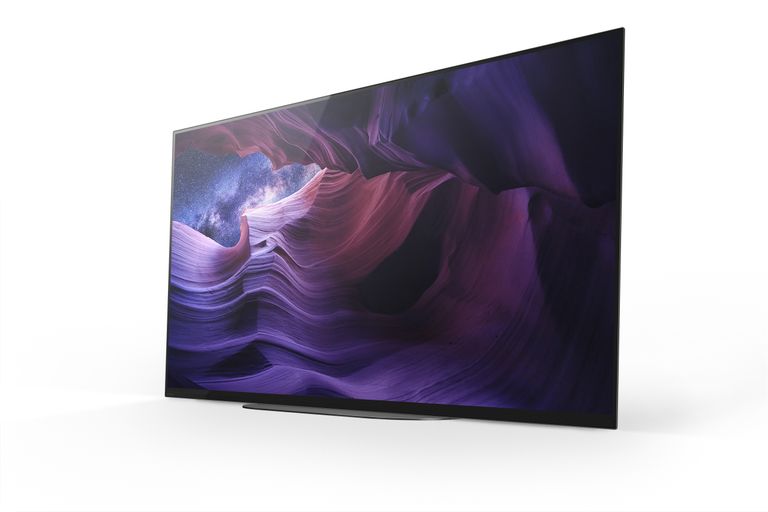 Sony has today, at CES 2020 in Las Vegas, unveiled its new range of 2020 TVs and among them is something that anyone looking to upgrade to a quality new panel should be very, very excited by.

That's because Sony has gone and added a brand new 48-inch size version to its stunning A9 OLED TV range. The new size, which has been added to meet "consumer demand for smaller, premium quality OLED TVs", is also slated to boast a cheapest ever OLED price point from the Japanese maker.

The 48-inch A9 OLED delivers a small and central aluminium stand, which has been chosen to minimise presence in smaller spaces, while the screen itself drops the exact same picture quality and features of the larger panels.

The TV also features a new Ambient Optimization technology that tweaks picture and sound settings dependent on the environment the TV is in. For example, it can automatically adjust the picture brightness to the ambient light in the room, or boost it in bright rooms and reduce it in dark rooms.

As you would expect from the premium-tier A9 2020 series, the set also delivers Dolby Vision and Dolby Atmos, for top-tier HDR and surround sound, as well a compatibility with smart speakers running Google Home or Amazon Alexa.

So far no official pricing and availability has been announced, but the rumour in the TV tech rumour mill is that the new panel will Sony's most affordable new OLED TV yet. Definitely one to keep an eye on if you're planning to upgrade this year.

In addition, Sony also announced the brand new ZH8 flagship 8K TV, which as well as well as boasting super high 8K contrast also delivers a Frame Tweeter. The Frame Tweeter vibrates the frame of the TV to emit sound, generating the feeling that sound is coming directly out of the screen.

The First Look ZH8 launch video can be viewed below.