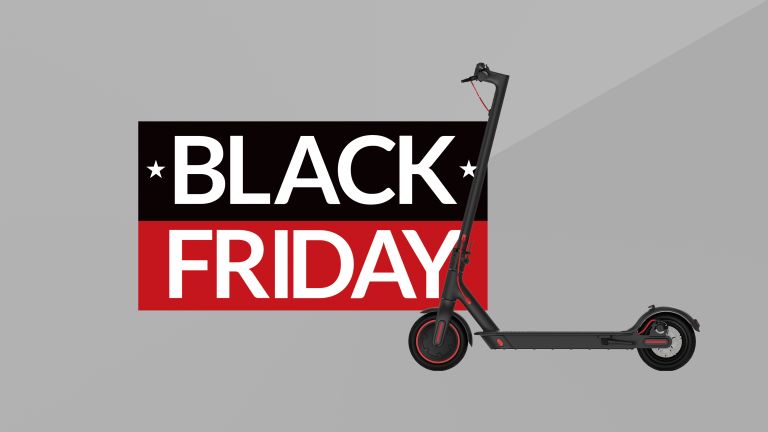 Looking for an electric scooter? Whether you're planning on getting one to make your commute easier, or you fancy an exhilarating new toy for Christmas, you can currently pick up a fantastic deal on an electric scooter for Black Friday.

Pure Scooters – one of the UK's largest retailers of electric scooters – is offering some mega-discounts, knocking as much as £500 off some of its most popular models.

The sale includes £100 off the Segway-Ninebot ES4 Electric Scooter, which is currently second in T3's guide to the best electric scooters. We were super impressed with its combination of high-speed, low-weight, and long-range, and we're sure you will be as well.

There are also more affordable options from Segway-Ninebot on sale, such as the SE1 and SE2, which are selling for £298.99 and £398.99 respectively.

It's worth noting that all scooters purchased from Pure come with a two-year manufacturer's warranty, and are shipped from the UK so you won't be left waiting weeks for delivery from China.

Check out a selection of the deals below:

Xiaomi M365 Electric Scooter | was £398.99 | now £298.99 at Pure Scooters
For the last 2 years, this has been the Worlds top selling scooter. The M365 is a great all-round electric scooter, the speed and acceleration controls are so simple, anyone can learn to ride in minutes – plus, it’s a great electric scooter to look at. The light, aluminium construction means you can quickly fold it down for carrying and storage. View Deal

Ninebot-Segway ES4 Electric Scooter | was £678.99 | now £578.99 at Pure Scooters
With an external battery offering more power, an extended range and a higher top speed, the ES4 Ninebot by Segway’s premium model e-scooter. It's based on the ES2 from with the addition of a bolt-on battery to give an impressive range of 45km and extra torque.  The ES4 features include rear suspension and customisable below deck lights.View Deal

Ninebot Segway ES2 Electric Scooter | was £498.99 | now £398.99 at Pure Scooters
The Ninebot ES2 kick scooter is the second kick scooters from the famous maker of the Segway. The ES2 offers additional features to the ES1 including rear suspension, brake lights and customisable below deck lights using the Ninebot Segway ES2 smartphone app. With maintenance-free solid wheels and a low deck platform the extra performance can be felt by the rider for a fun exhilarating ride.View Deal

Ninebot Segway ES1 Electric Scooter | was £398.99 | now £298.99 at Pure Scooters
The Ninebot ES1 kick scooter is the first of 2 kick scooters from the maker of the Segway. With a one-push folding system, the Ninebot Segway ES1 can easily be folded and stored in your car or taken on public transport, taking up a minimum amount of space. During your ride, the eco-friendly energy recovery system makes sure no power goes to waste by recharging the battery, while the Smart Battery Management System closely monitors battery performance.View Deal

Inokim - Oxo Electric Scooter | was £2,199.99 | now £1,698.99 at Pure Scooters
The OXO boasts dual 1000W brushless motors with a powerful lithium-ion battery allowing to cover long distances on a single charge, and reach speeds of up to 65kmh. The OXO isn't light - at 32kg - but it folds effortlessly down to fit in your car or be carried over short distances. View Deal

Didn't find what you're looking for here? Check out all the scooters on offer in Pure Scooter's Black Friday sale.

If you're after the impressive Turboant X7 electric scooter, then you'll be happy to know the startup is running a Black Friday sale which knocks $200 off the price of its flagship model. Check out the deal below:

Turboant X7 | was $599 | now $399 at Turboant
The newly released X7 electric scooter utilises top-notch technology, including a premium Li-ion battery pack and a powerful 350 W motor. Boasting stunning aesthetics as well as power, the X7 is built from a streamlined aluminum alloy frame that delivers a minimalist design while ensuring high structural strength. Foldable and portable, cruising around in your city has never been easier and more exciting.View Deal