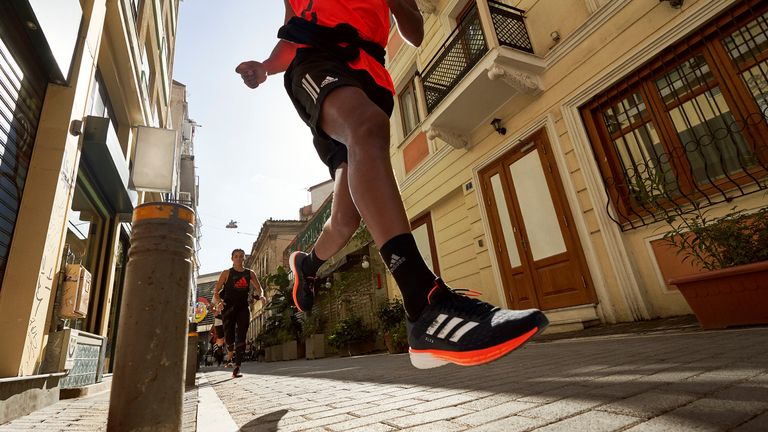 In a recent trend study conducted on behalf of Adidas Running which surveyed 6,000 runners from around the world, it was shown "that two thirds (66%) of runners run with a focus on personal betterment and transformation". In response to this, Adidas decided to create a brand new running shoe, the Adidas SL20, combining top-notch Adidas tech "with the aim of inspiring more people to explore the positive effects of running".

Unlike the previously announced and pro-level Adidas Adizero Pro, the Adidas SL20 is aimed at everyday runners who appreciate a comfortable ride and some cushioning under their feet. The Adidas SL20 features the combination of Lightstrike and Boost technologies, the same Boost that powers the Adidas UltraBoost and PulseBoost series.

The latest version of Adidas Ultraboost 20 will be revealed on 27 February 2020 as well.

The marketing guys at Adidas must have been hard at work to translate the results of the Why We Run study into something marketable, but the results are indeed great and speak for themselves.

The main finding and key takeaway was that "87% of those surveyed admitted they now run with a focus on transformation and personal betterment." One can say that's a pretty significant amount of people who use running as a way to feel better about their performance and their physical and mental well-being.

Switzer famously became the first female numbered entrant to the Boston Marathon in 1967 and was controversially pushed off the course by male entrants but battled on and finished the race.

An extract from the official Adidas press release:

"As part of the campaign, Adidas has crafted a range of new shoes that enable runners to achieve their personal feeling of ‘Fast’. From the new lightweight SL20 design, with a cutting-edge Lightstrike midsole for explosive movements and enduring speed, to UB20 which provides maximum energy return in every step, and even a new 4D 1.0 shoe with a uniquely designed and ultra-supportive 3D-printed midsole, Adidas has the perfect pair of running shoes for every type of runner."

To see all the new shoes and read all the stories, head over to Adidas today.