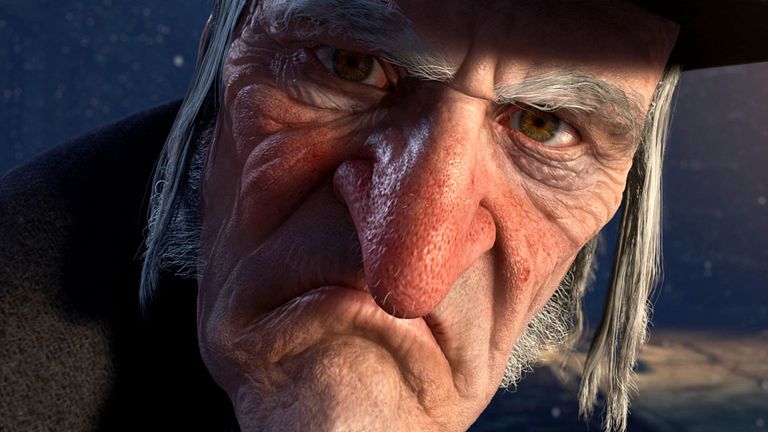 One of Tim Allen's better-known films, The Santa Clause sees Allen in a sticky situation. The real Santa Claus has fallen off his roof and via an 'emergency card' has left him instructions that he, Allen, has to take his place and save Christmas. After donning the famous Santa suit, Allen finds himself in a world of weight gain, beard growth, narrow chimneys and elves with some serious attitude.

You kind of know the song, but did you know there was a film as well? Well, there is, and it features Frosty attempting to fend off the evil Professor Hinckle who wants to steal the snowman's magic hat for dastardly purposes. Also, can protagonist Kim and her friends help Frosty avoid the sunshine as well? Only by watching this festive flick will you know the answer definitively!

The Snow Queen 2: Magic of the Ice Mirror

Riding expertly on the coat tails of the mega hit Frozen, The Snow Queen 2 tells the tale of the little orphan girl Gerda and her quest to defeat the evil Snow Queen who has both taken over the kingdom and kidnapped Gerda's brother, Kai. This is based on the fairy tale The Snow Queen that Frozen rifts on and, apparently, provides a more close-to-the-source plot.

Mickey's Magical Christmas - Snowed In At The House Of Mouse

One definitely for the kids, Mickey's Magical Christmas sees the famous rodent and his bunch of animated pals getting together to share a heart-warming celebration. They even manage to sing a special song 'The Best Christmas Of All'. Festive hijinks abound!

If dancing is your thing, then Nativity 3 is where it is at this Christmas. In the film the children of St. Bernadette's primary school face their biggest ever adventure yet as they enter a Christmas flashmob competition to win a trip to New York. Will they dance their way to the Big Apple? Only by gluing your eyes to this film will you sleep easy in your bed at night!

Big Earl is the owner of a Christmas tree lot who has big, big plans for his business. However, when his son Derrick - who is trying to prove to his dad that he is a success - gets into some serious trouble in the week before the big day, Earl has to pull out all the stops to save his business and his son. Will Earl and Derrick's Christmas be a bad one?

Get some Dickens on this Christmas with the classic A Christmas Carol. This is the 2009 CG affair with Jim Carey playing Scrooge and the three ghosts, as well as Fred being played by Colin Firth. If somehow you are not familiar with this Victorian classic, miser Ebenezer Scrooge is visited on Christmas Eve by the ghosts of Christmas past, present and future in an attempt to turn him off his path of contempt for love, friendship and all things Christmas.

Set in a home for the elderly, How About You... tells the tale of four objectionable old people and their carer Ellie, who find themselves stuck in the home over Christmas while everyone else has left to visit relatives. The plot centres around the fact that these four old codgers are so bad that the home actually faces closure because of them - and at Christmas no less!

Oh no! The dogs of Doverville are in trouble again! Luckily for them Emma O'Connor is back to save them in a song-filled, seasonal extravaganza. Can Emma help the dogs stop mean-spirited mogul Finneas James from shutting down the local puppy orphanage? Some festive dog-centred drama for you viewing pleasure!

Mickey's Once Upon A Christmas

Finally, another dose of the mad mouse is yours for the viewing in Mickey's Once Upon A Christmas. This film sees Mickey and the gang get together once more to tell three seperate stories about Christmas past.