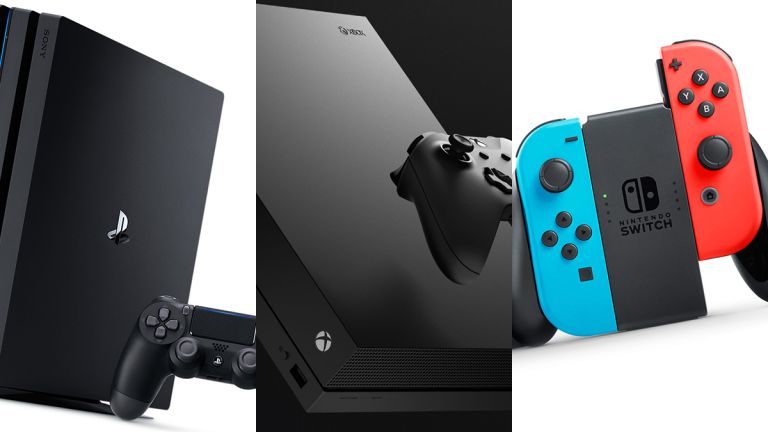 As sure as spring turns into summer, we know that the major console makers will eventually refresh their hardware to please enthusiastic gamers... but when are these next-gen machines coming? And what can we expect when they finally go on sale?

Well, the answers to those questions are still shrouded in speculation and mystery, but we feel duty bound to bring you all of the leaks and rumours as they happen. Upgraded hardware has to arrive sooner or later, so read on for the full lowdown on what's coming.

The PlayStation 4 launched in November 2013, and then the PlayStation 4 Pro launched in September 2016... might we see a PlayStation 5 another three years after that, in 2019? Either 2019 or 2020 looks about right for another console launch, and perhaps we'll even get GTA VI along with it – the perfect launch title.

In fact several industry analysts have pinned down 2020 as the launch year. Maybe it'll even be called the Sony PlayStation 2020... or maybe not.

Unlike the annual launch of a Samsung or an Apple phone, we don't have much to go on in the way of leaks and rumours for Sony's next-gen PS5 console. The PS4 Pro gave the console line a nice little sales boost, so we can be sure that Sony won't be in any rush to bring something new out.

However, that also means we should see a serious upgrade over the PS4 Pro's 4.2 teraflops of graphics power and maybe as high as 10 teraflops – enough to comfortably run games at 4K resolutions and 60 frames-per-second.

You can bet virtual reality will have some part to play. Even if the PlayStation VR hasn't exactly set the world on fire in terms of sales, we'd still expect to see a successor next time around – could it even go wireless? – and maybe even a revamped controller for both the PS5 and a VR headset.

With broadband speeds and streaming technology improving all the time, it's possible that some of the performance work or storage duties of the PS5 will be done up in the cloud, possibly even enabling some kind of Switch-style portable play on mobile as well.

To be honest, your guess is as good as ours when it comes to the name of Microsoft's next gaming console, but we've plumped for the Xbox Two as slightly more likely than the Xbox One Z or the Xbox One X2. But only Microsoft knows for sure.

What's more certain is that Microsoft is going to want to go toe-to-toe with Sony as much as possible, so the launch of the Xbox Two is likely to be around the same time as the PS5. The Xbox One X came out in 2017, following on from the original 2013 console, so as gaming industry commentators just deduced, we're probably looking at a 2020 launch for the new machine.

Like Sony, Microsoft might come out with some kind of advanced cloud-based video streaming technology – it's certainly been pushing the integration between Windows 10 PCs and Xbox One consoles, so further developments here look likely.

The Xbox One X is already the most powerful console on the block with its massive 6 teraflops of graphics power. That will of course get a boost with the Xbox Two, so something in the region of 8-10 teraflops isn't out of the question. You may well be able to run a Windows Mixed Reality headset from this console – and perhaps even a Microsoft HoloLens headset as well?

Something we might see is Microsoft stick with the two-tier approach that it's adopted with the Xbox One S and the Xbox One X – different levels of hardware for different budgets. It might be a bit confusing for consumer but it would broaden Microsoft's reach as it looks to grab some market share back from Sony.

It's fair to say the Nintendo Switch has been a roaring success with gamers, but the pressure is now on for Nintendo to do something even better with a follow-up device. Nintendo itself has said it's hoping for at least a five or six year life cycle for the console, so that would put a Nintendo Switch 2 launch around 2022.

The main appeal of the Switch is in its hybrid handheld/console form factor, able to switch between a tablet-style device one minute and a full-screen large TV experience the next, so it would seem certain that Nintendo will want to keep this the second time around.

A performance bump is inevitable too, with better internal components enabling a greater level of detail and depth in games. Considering the performance gap between the Switch and the consoles from Microsoft and Sony hasn't hurt Nintendo's gaming machine too badly in this generation, however, it might not be a priority for Nintendo's engineers.

As for AR and VR, that seems to be the way the industry is going, and we can get some clues from the Nintendo Labo kits: homemade add-ons that turn the Switch into a piano, or a fishing rod, or a robot fighter. It's similar to what the likes of Sony and Microsoft are doing, but with a very Nintendo-esque twist.

In fact we might see a whole lot more in the way of Switch accessories before we ever get a hint of the Nintendo Switch 2 – just look at how Nintendo milked the Nintendo Wii for all it was worth, with steering wheels and dance boards and so on.

A Nintendo Switch 2 is the furthest out of any next-gen console – Nintendo can ride the first Switch wave for a while yet – but you can bet the finest minds in Nintendo are already thinking about what might be next.