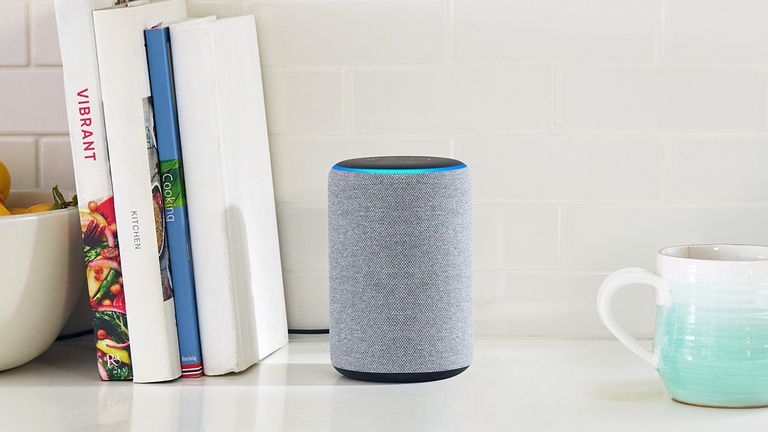 It helps that there are now more Amazon Echo speakers to choose from than ever before: the prices for these devices start out at competitive and then get better from there, and with our Amazon Echo deals guide you've got everything you need right at your fingertips.

We're now up to the second generation of the Amazon Echo, the more capable and better-sounding Amazon Echo Plus, and the smaller Amazon Echo Dot (keep up at the back). You can add to that the Amazon Echo Show  and the new 5-inch version, but we're going to keep those on a separate page.

If you are in the market for the best deals on Amazon Echo speakers, that's very understandable: the Echo devices with their on-board Alexa assistant have helped to transform the smart home scene. Whichever one you buy, you're entering a world of information, fun, and useful help – whether you want to set timers or rock out to some music.

These intelligent gadgets can now control other devices in your smart home too, as well as interact with third-party apps and services. Whether you want to order a pizza or a taxi, your Amazon Echo can help. At these sort of prices, it makes a lot of sense to invest in one (or two).

The dinky Amazon Echo Dot isn't the best in terms of sound quality, though you can plug it into a bigger speaker if you need to. It is the most compact and cutest Echo around though, and can blend perfectly into any room in the house.

The standard Amazon Echo gives you much better audio output than the Dot, with two Dolby-powered speakers, though you will of course have to pay a little more for it (and find a bigger space to put it in).

The best Amazon Echo Plus deals for January 2020

The Amazon Echo Plus is just like the Amazon Echo, except it's slightly bigger, it has slightly better speakers, and it works with the Zigbee smart home standard – which essentially means control of other smart home devices is more automated.

The Amazon Echo Spot is like the Dot in a lot of ways – it's compact, but this time it has a little screen, which makes it a bit more expensive. It's perfect for video calling or for using as an alarm clock, and it has all the usual Alexa tricks too.