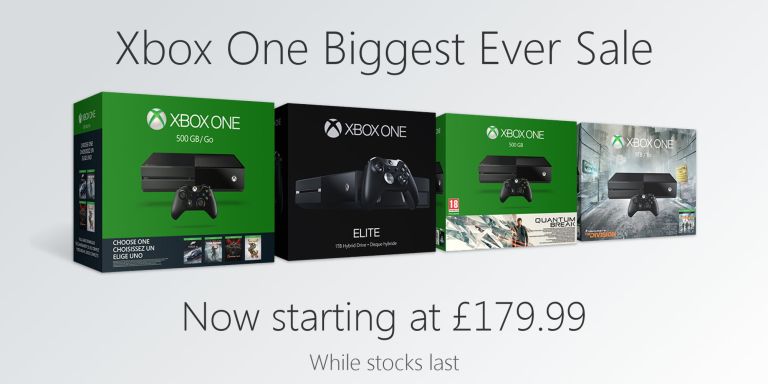 Xbox is 15 years old, and to celebrate there's an Xbox One sale with bundles available from Game from £179. When they're gone, they're gone, so grab yours while you can.

Check out the Xbox One bundle deals at Game

The new Xbox line-up is faster, more powerful and boasts enough base features to make even Sony look over its shoulder. PS4 may be selling more units, but the Xbox One is snapping at its heels with every passing month.

While the standard Xbox One struggled with user confidence in its first 12 months, Microsoft has done a great job in cutting away the dead flesh of previous errors. Go buy one now!

The very best Xbox One deals

On this page you'll find all of the best Xbox One deals currently available, all with up to date list prices and the correct links which update twice every day. Underneath you can find all of the cheapest Xbox One S deals if you want the slimmer version with 4K video output!

Compare all the best Xbox One deals and bundles available today

The latest version of the Xbox One is the Xbox One S – a slimmer, white console which is compatible with 4K video which means you can watch Ultra HD Netflix and 4K Blu-ray discs in all their glory. The prices are a bit more expensive but if you want the best, it might be worth paying a little more…