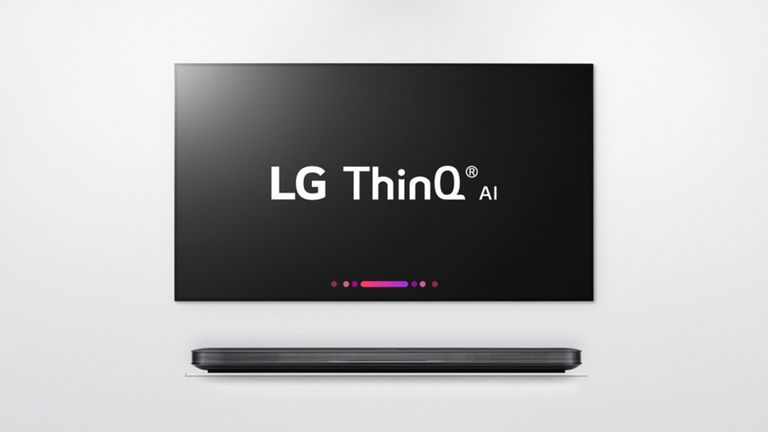 LG has used the quiet before the CES 2018 trade show madness to announce its new ThinQ televisions will come with Google Assistant built in. That means functional voice controls of the TV and more.

In the new ThinQ OLED and Super UHD TV lines LG will pack in a powerful Alpha 9 processor capable of supporting Google Assistant.

That means these TVs will be controlled via voice, say to turn off or change channel. But beyond that they will also act as a smart hub for the home meaning you’ll be able to control smart home gadgets, too.

Why is this useful? Imagine watching TV and turning up the heating to stay cosy without getting up or even touching your phone. Or perhaps you want to go into cinema mode - just turn down the room’s smart lights using your voice.

Other examples of what the smart assistant can do include the ability ask the TV to “search for the soundtrack of this movie”, “turn off the TV when this program is over”, “show me all the movies this actor has starred in” or “show me yoga videos”.

What’s the catch? LG says that the Google Assistant, which allows for smart home controls, will only be available in certain countries. Presumably that will include the UK where the Assistant is already widely available.

Expect to hear more on the LG ThinQ televisions and what they offer once they get shown off at CES 2018 in the coming days.