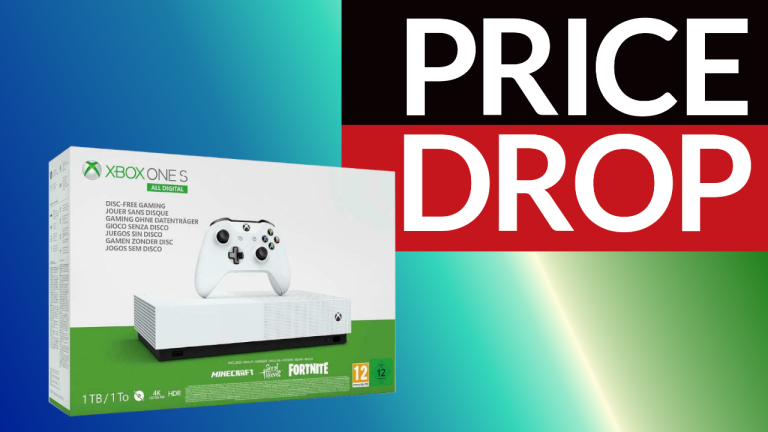 Going digital means that the console costs less to manufacture than its disc-running counterpart, the Xbox One S, and that saving is passed on to customers, with the hardware on its own usually coming in at £199.

This eBay deal sees the console bundled with Minecraft, Sea of Thieves, and Fortnite, with some bonus Fortnite goodies thrown in for good measure, all for just £169.99, which is one of the lowest prices we've seen for this console bundled with a handful of games. Check out the details below:

Xbox One S All Digital Edition | Sea of Thieves | Minecraft | Fortnite | Deal price: £169.99
This console bundle includes the three listed titles plus additional Fortnite content including 2000 V-Bucks (the in-game currency) as well as the Legendary Rogue Spider Knight Outfit with two style variants that players can unlock by completing in-game challenges. All three games are fantastic multiplayer experiences, and are a great choice for younger gamers.  View Deal

The Xbox One S might be small, but it still supports 4K UHD video playback, as well as High Dynamic Range (HDR), and has a 1TB hard drive to ensure that you have all the space you need to dip into the extensive library of games available on the platform.

With two of the most seminal games of recent years thrown in, it offers family-friendly fun straight out of the box, and has plenty of room for you to download your preferred games of choice later on down the line.

With the Xbox Series X launching later this year, this is an affordable way to get a taste of Xbox exclusive titles, and is the perfect introductory console for younger players.