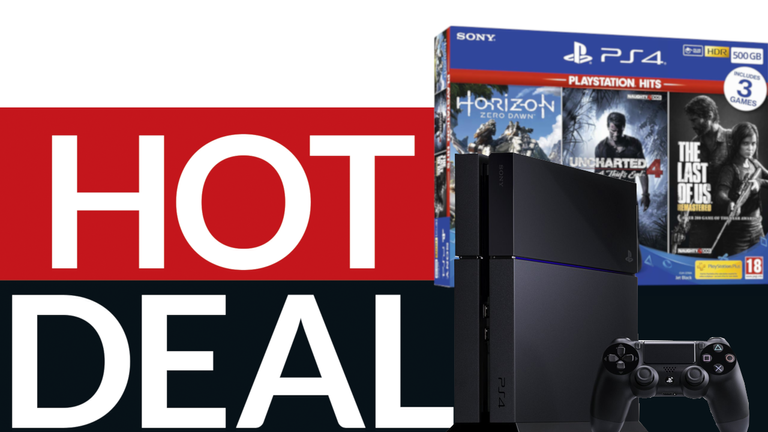 Amazon Prime Day may be over, but the online retailer still has dibs on an exclusive PlayStation 4 bundle that'll have you thinking it's Christmas come early.

This PS4 bundle will save you around £20 compared to buying the console and games separately over at a competitor like GAME, but with the 500GB console coming in at £300 on its own at Amazon, you're saving around £75. It's definitely cheaper to buy a bundle, and the PS4 exclusive titles that this particular one comes with makes it a doozy.

Check out the nitty gritty of the deal below:

500GB PlayStation 4 + The Last of Us Remastered + Uncharted 4 + Horizon Zero Dawn + The Frozen Wilds DLC
Amazon is making the most of the PlayStation Hits collection that sees critically acclaimed and commercially successful titles get their prices slashed to just £15.99 so that newcomers to the platform can have their pick of the best of PS4 without having to spend a fortune.

The exclusive bundle features a 500GB PS4 console accompanied by The Last of Us Remastered, Uncharted 4, and Horizon Zero Dawn along with its expansion The Frozen Wilds all for £268.99. All three titles are some of the best PS4 exclusive games out there, and have been fantastically received so if you've been waiting to make the move to Sony's console, you couldn't ask for a better choice of games to start you off.  View Deal

This very bundle reared its head on Prime Day for £219, reduced from its usual £344.43, so a second chance to nab it is not to be missed.

You can read what we thought about The Last of Us Remastered , Uncharted 4, and Horizon Zero Dawn if you're on the fence, but we promise you won't be disappointed.