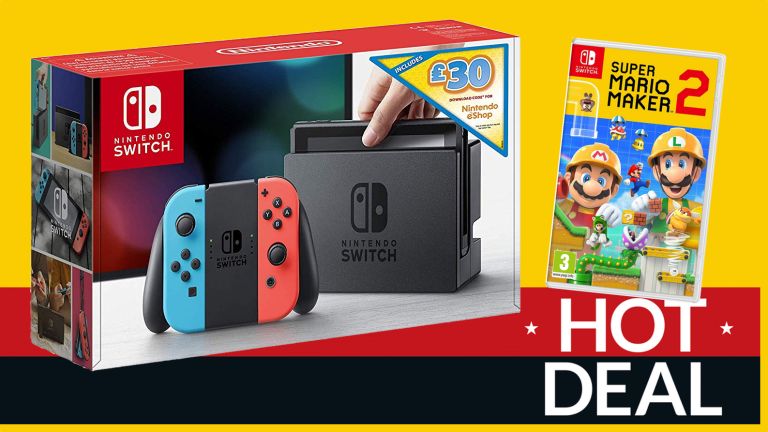 Nintendo today launched one of the most hotly-anticipated games for its Switch console – Super Mario Maker 2. The game is a sandbox that lets you build your own Super Mario platforming levels from scratch and share them online with a community of fans, or play them on your own – or with friends – locally or online.

If you don't already own a Nintendo Switch console and want to start creating and sharing your own Super Mario levels as soon as possible, there is a stunning deal.

You can now get a Nintendo Switch with Super Mario Maker 2 and a free £30 eShop credit for only £299.99 at GAME. This is a blockbuster deal, especially considering the DIY platforming game was just released today. And the £30 eStore credit means you'll be able to load-up your console with a multitude of brilliant indie titles, or another best-selling Nintendo game, like The Legend of Zelda: Breath of the Wild, Super Mario Odyssey, or Mario Kart 8 Deluxe, for example.

Meanwhile, if you're not completely sold on Super Mario Maker 2 and would just prefer to get your hands on the home-cum-portable console, Amazon UK is offering a Switch with a £30 eShop voucher for £279.99.

Once you've got the console, check out T3's best Nintendo Switch deals guide, which ncludes the very best prices on extra Joy-Con controllers, Pro Controllers, and Switch-compatible MicroSD cards (this deal in particular is a doozy!).