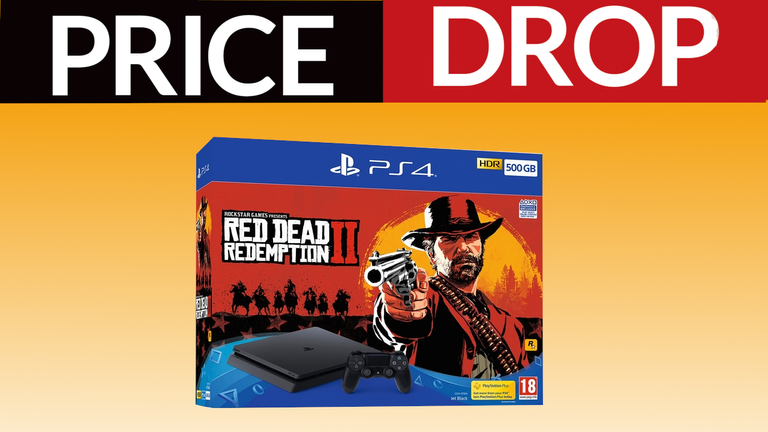 As the Cyber Monday deals kick into high gear, Amazon has some very tidy PS4 gaming deals around at the moment, with PS4 Pro Fortnite bundles, as well as packages that include top games such as Red Dead Redemption 2, Horizon Zero Dawn and the incredible, award-winning The Last of Us. Bundles like the 500GB PS4 with three of the best games on the system, all for just £199.99, are some of the best deals you can get on the console.

These packages are perfect to kick-start a PlayStation 4 gaming collection as they deliver a brand new console and a selection of games to play for a very competitive entry point. A wide-selection of cheap PS4 games can then be accessed through Sony's best-in-class library of titles – perfect to unwind at the weekend.

Horizon Zero Dawn + Uncharted 4 + The Last of Us + PS4 500GB | £199.99 at Amazon
We've written about this excellent package before as it combines three of this generation's absolutely best PS4 games alongside the new PS4 slim console. But now with it retailing for just £199.99 it offers greater value than ever. All three games are stunning PlayStation 4 exclusives and received top marks on review. For our money, this is the best PS4 deal on Amazon.View Deal

Red Dead Redemption 2 + PS4 Pro 1TB | £329.97 at Amazon
A quality Red Dead Redemption 2 console bundle here, with this package delivering the mind-blowing open-world Wild West epic alongside Sony's most powerful console, the PS4 Pro. On review T3 said that "if you are already equipped for 2160p, HDR gaming, or plan to be very soon, then PlayStation 4 Pro is a must buy". RDR2 is also one of the best open-world games ever made.View Deal

Best Cyber Monday sales from around the web