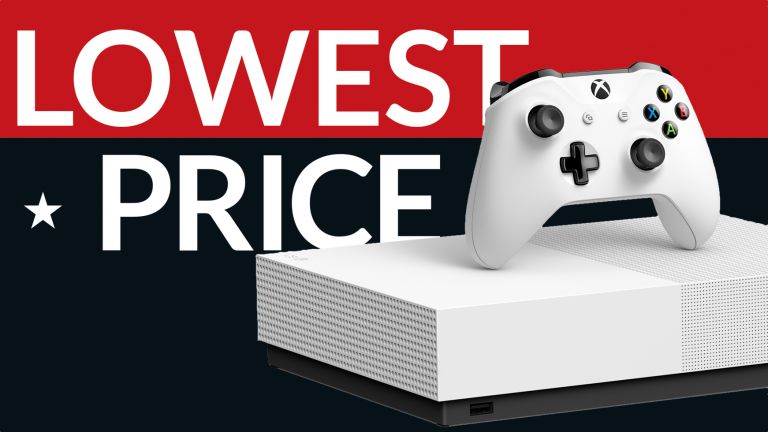 Of all the best Black Friday deals that have already come and gone this year, in terms of value none have beaten the recent £99 Xbox One S All-Digital Edition, bundled with three top games. Slashed by 50% from £199.99, it was the first of the "big three" consoles to dip under the £100 mark, making it an epic bargain.

That deal quickly sold out and we thought that was the end but then it came back a couple of hours later and then, very recently, it came back online for a THIRD time – and it's just sold out again. Being released in batches of 1,000 consoles by eBay outlet store Yoltso, three batches of these Xboxes have been released in the last 24 hours.

Given the intermittent nature of these Xbox One S deal batches being released, we think it's possible – even likely – that a fourth and possibly a fifth batch could drop over the next day or so. To get one, you'll need to keep your eyes peeled so bookmark the deal link below and refresh it every hour (or even every few minutes). Check out the deal in full here:

Xbox One S All- Digital Edition 1TB + Minecraft + Forza Horizon 3 + Sea of Thieves | was £199.99 | now £99.99 from Yoltso at eBay
This insanely cheap bundle is great for a starter Xbox One bundle or for those looking to ditch disc drives and transition to all digital - be that downloads or streaming from the huge library of Xbox One titles available with the Xbox Game Pass. The 1TB hard drive should give you plenty of space for the must-have titles you want downloaded onto your console, and the bundled games include the wildly popular Minecraft and the swashbuckling online multiplayer action-adventure Sea of Thieves.View Deal

Of course, no one can keep refreshing this page for ever (or perhaps you can, in which case we salute your determination. While we highly suspect that more batches will come online in the near future, it's by no means guaranteed. For the sake of your imminent repetitive strain injury, Argos is  offering a very similar deal for an extra thirty quid, including the ever-popular Fortnite, for a very reasonable price of £129.99. Check that deal out below:

Xbox One S All- Digital Edition 1TB + Minecraft + Fortnite + Sea of Thieves | was £199.99 | now £129.99 from Argos
The same excellent bundle is still £70 off the recommended RRP, making this a sweet deal. The main difference (apart from the price) is that Forza Horizon 3 has been swapped for the massively popular battle royale game Fortnite. Will you be hitting the racetrack or surviving the storm?View Deal

If you can catch the £99 Xbox One S over the next day or so, congratulations: you'll have won Black Friday this year. However, for an additional thirty pounds, we think the heavily discounted Argos deal is a very worthy consolation prize.

Still searching for more value? Check out more of the best Xbox One S deals and best Xbox One X deals available over Black Friday.

Black Friday sales from around the web