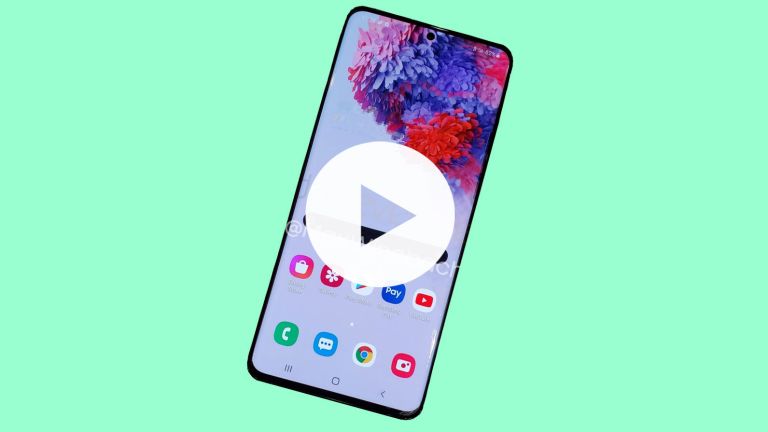 Samsung Galaxy S11 (or Samsung Galaxy S20, as it's likely to be known) was expected to be another large-screened phablet. Up until recently, many pundits thought there'd be a smaller version, something akin to the budget friendly Samsung Galaxy S10e – but the recent leak telling us the S20 range would not include a cheaper version at launch put the kibosh on that rumour.

Now thanks to a new leak, we have confirmation of the sizes of all three models in the Samsung Galaxy S20 range – and, surprise surprise, they're all packing screens over six inches.

Max Weinbach of XDA Developers, who has leaked a lot of Samsung Galaxy S20 info in recent months, is at it again. XDA Developers has managed to 3D print a series of replicas of all three models of the latest Samsung range: the S20, S20 Plus and S20 Ultra.

The Galaxy S20 is said to come in at a screen size of between 6.2 inches and 6.3 inches, not too much bigger than the Samsung Galaxy S10's 6.1 inches, although it's said to have a slightly taller 20:9 aspect ratio. The S20 Plus clocks in at 6.7 inches, although the S20 Ultra, the range's largest model, beats it at a huge 6.9 inches.

Weinbach compares the phone's sizes and aspect ratios to its previous iterations in the Galaxy S10 and Note 10 ranges in the video below:

Those rounder edges and slight curved screens show off the insane amount of screen real estate the new Samsung range is due to have. The models also show off the reported new camera arrays for all three models, including that coveted penta-camera setup on the S20 Ultra.

How accurate these models are remains to be seen, but given the S20 basic model is said to be just over 6 inches, we wouldn't be surprised if an S20 Lite or S20e will be released in the future, sporting a screen around 5.9 inches.

When the phones are formally announced at Samsung Galaxy Unpacked in a few weeks time, it will be interesting to compare to these models and check how accurate they are – or what could have been.