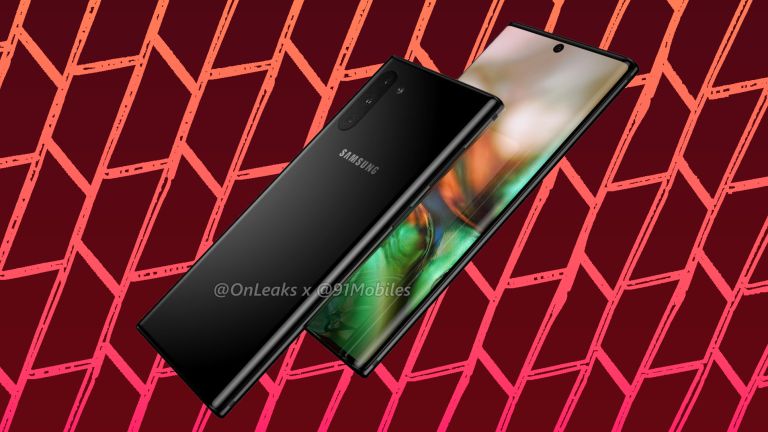 One of the most controversial rumours around the Galaxy Note 10 is the purported loss of the 3.5mm headphone port in favour USB-C or Bluetooth audio.

Until now, Samsung has been one of a few manufacturers to stand by the once-ubiquitous 3.5mm port while others abandoned the audio standard – throwing in a free USB-C-to-3.5mm dongle for those who couldn't part with older headphones.

Despite a handful of leaks pointing to the demise of the 3.5mm port, we're still not sure why Samsung has decided to drop it from the latest smartphone design. However, we now have a clearer idea of what Samsung will do to make up for the loss.

According to oft-reliable leaker Roland Quandt (who recently shared a series of high-resolution images of the Samsung Galaxy Note 10 from almost every angle) tweeted some new information around the forthcoming flagship phone.

Samsung is building a brand-new pair of wired in-ear with active noise-cancelling technology, according to sources speaking to Roland Quandt.

The headphones will purportedly use USB-C to power the active noise-cancelling smarts, which should help to isolate your song or podcast from the noisy rumble of the train in the morning, or the drone of the jet engines on your next long-haul flight.

Active noise-cancellation is normally something that costs a premium when buying headphones. If Samsung is readying the USB-C headphones to be included in the box then that's a phenomenal freebie and puts the 3.5mm-to-USB-C dongle you'll find from other smartphone manufacturers to shame.

Samsung has a new pair of wired in-ear headphones with active noise cancelling coming for your future Note10.July 10, 2019

According to Roland Quandt, there's also a new charging pad on the way from Samsung that supports 20W wireless fast-charging. The Seoul-based company will also launch a new 9W wireless phone holder, which could be a next-generation DeX smartphone dock, or a Google Pixel Stand rival.

Despite the solid track record of the leaksters, it's worth taking these images with a small pinch of salt. After all, nothing is confirmed until it's produced on-stage from Samsung mobile wizard DJ Koh. As always, T3 will have all the news from Galaxy Unpacked as it happens, to stay tuned for the latest on the Samsung Galaxy Note 10.