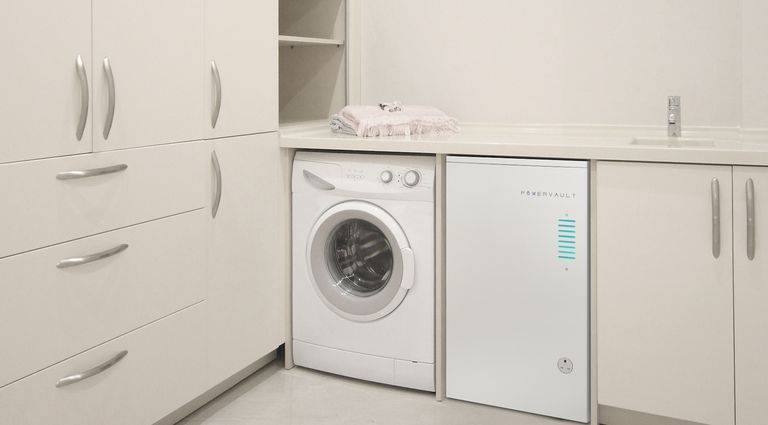 Get off the grid and run your home on your own power - that’s the goal. Now Powervault has teamed up with Renault to make that even easier by recycling electric car batteries.

Powervault provides systems in homes that can store energy generated from solar panels. Now Renault is involved, the price of those batteries can be dropped a healthy 30 percent.

Electric car batteries last about eight years on the road, says Renault, but still have plenty of life for other uses in a stationary situation with a further ten years of life, claims the company.

A UK trial is about to begin, from July, where 50 M&S Energy using homes already equipped with solar panels will get the Powervault system installed with a repurposed Renault car battery. They will then be able to use the solar energy they collect as well as charge the battery from the grid at off peak times.

These second life batteries get removed from the car, graded and then made into smaller battery packs for the use in homes.

The UK is already primed for a switch to home battery systems with over 800,000 homes equipped with solar systems ready to make the switch. Even homes without solar can use the Powervault system as a way to build up energy from the grid when off-peak, saving them money during peak times.

Nicolas Schottey, program director, EV batteries and infrastructures at Renault, said: “Thanks to this home energy storage partnership with Powervault, Renault is adding a new element into its global strategy for second life batteries, which already covers a large number of usages from industrial to residential building and districts.  The second life use not only gives additional life to electric vehicle batteries before they are recycled, but also allow consumers to save money.  It’s a win-win-win: for EV owners, home-owners and the planet.”