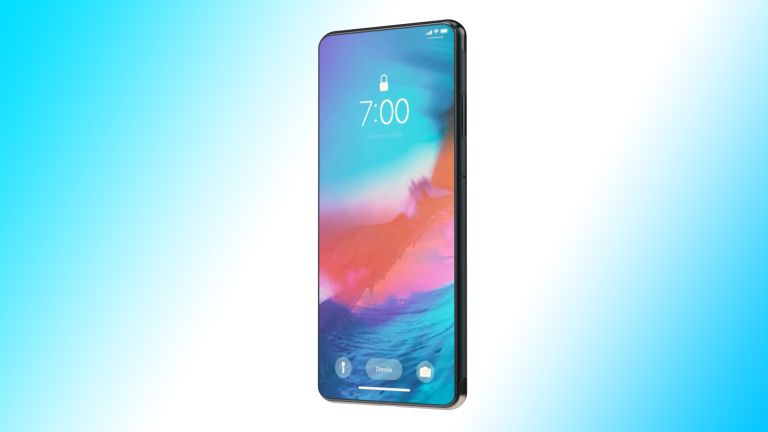 Apple's new iPhone range for 2019 already looks like it is going to be the most ambitious yet for the American phone maker, with upgraded variants of iPhone XS and iPhone XS Max, as well as iPhone XR on the cards.

Many names are currently being bandied about as to what the new range of phones will be called (such as iPhone 11 and iPhone Xi), and rumours of a "Pro" version of the new iPhone have led to it being shown off in this iPhone Pro video, which shows the device off both inside and out in detail.

Notable elements of this iPhone Pro, which was created by tech render artist Concept Creator, include an all-screen, notch-free display with near invisible bezels, an underscreen front camera and biometric sensor, a next-gen 5nm central processor, and an advanced periscopic lens as part of the device's rear camera array.

Now, while many of the features shown off here are things that T3 would love to see in the new iPhone flagship in 2019, everything we've seen and heard so far indicate that this is not the design the phone will have, nor the hardware or feature set it will pack, either.

Various concept designs for the iPhone 11 have emerged since WWDC this year, and almost all of them show a new iPhone with a pronounced, square with rounded corners rear camera array. In addition, protectors for the new iPhone's camera array have also supposedly leaked, naturally adding serious weight to that design.

Could Apple release a successor the iPhone XS with one design, and then a "Pro" version with another design? Technically yes, but all past releases and current evidence suggest not. So the Samsung-style vertical bar in this concept feels like an outlier.

Also, in terms of both design and the advanced hardware shown off, such as the 5nm processor and under-screen camera and sensors, a recent report by respected analyst Mizuho Securities stated that Apple is only teeing up "minor changes" to its new iPhone range this year, and that it expects "the 2019 models to lack novelty". Again, nothing official is confirmed, so Mizuho could have called this completely wrong, however going on everything we know here at T3, we feel the firm is more likely right than wrong on this one.

What this leaves us here, then, is a phone that would prove an incredible rival to the Samsung Galaxy S11, but one that – at least in 2019 – iPhone fans are unlikely to get. Hopefully we'll hear something more concrete about the final design and spec sheet for the new iPhone range sooner rather than later, maybe around Samsung's incoming Galaxy Note 10 launch event, a phone which was recently officially confirmed by Samsung.