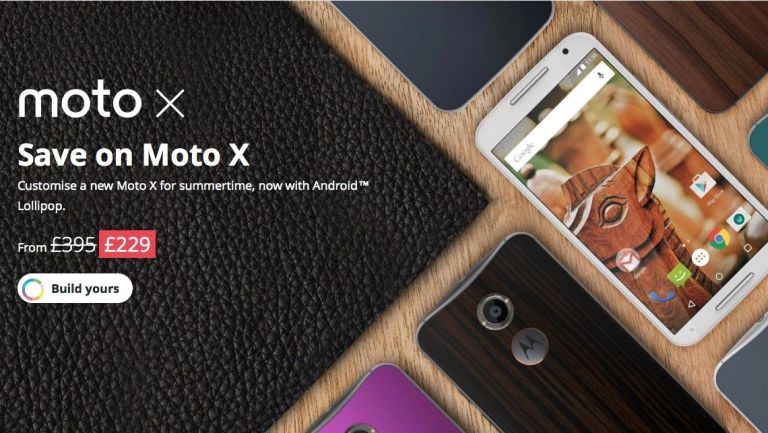 If you're looking for anew phone, Motorola's sale is well worth checking out. You could save hundreds on a new blower.

The sale is on now, and lasts until one second before midnight on June 30. Whether stocks will last that long, however, is another matter.

All of this fans the flames of the rumour fire. Motorola is said to have another Moto X in the works, this one with a fingerprint scanner and improved camera. It's said to look almost identical to the current Moto X, however, so don't expect a radical new design. The Moto Maker program is also thought to make a return, so you'll be able to give your phone a wooden back, if you like.

Motorola had another sale last month, though it only lasted for 48 hours. It's possible it didn't clear out enough old stock, and wants to free up the shelves for when the new Moto X arrives. Though that is only speculation at the moment.

The last sale started a mere week after your correspondent had ponied up full whack for a Moto X. Which was a bit annoying. Last time that happened with the Nexus 4, Google offered a rebate to those who had paid full price recently. But Motorola has no such deal in place.

Now why not check out our guide to the best smartphones?