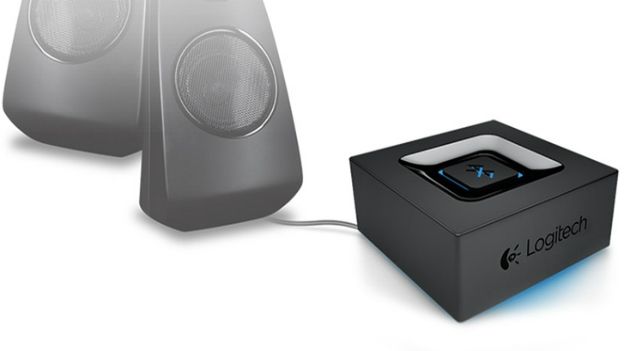 Logitech's Bluetooth audio adapter will save you chucking out your old speakers allowing you to upgrade to a completely wireless setup.

Logitech has announced its new Bluetooth audio adapter that allows users to upgrade their old speakers for a wireless Bluetooth setup.

You simply plug in your old speakers to the audio adapter using an RCA or 3.5mm audio cable and then connect to your smartphone/tablet where you can play music directly off the device or from a streaming service such as Spotify.

The adapter allows users to control the speakers from up to two devices at any given time.

Logitech's adapter is an affordable alternative to buying an expensive Bluetooth speaker for those that are happy with their current speakers.

It also gets rid of the hassle of using cables to stream music or video audio to speakers.

The Logitech Bluetooth audio adapter will be available later this month at Logitech.com for £34.99.