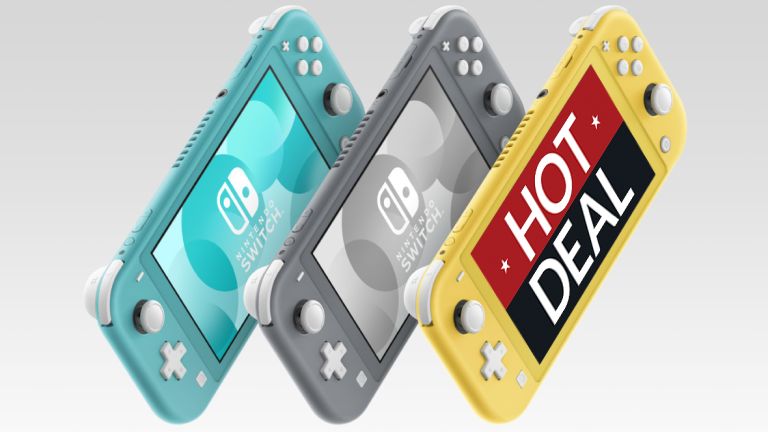 And this deal, over at Currys, is the best we've seen, even beating off the price the Switch Lite retailed for during the Black Friday sales spectacular. The console is, for a limited time only, now just £169 at Currys, and that price includes free and fast delivery, too.

Lately we've seen some prices on Switch Lite hit the £179 mark, but none have plunged the console's price down this low, making it well worth checking out in our mind if you've been looking to pick up the system to play the excellent library of Nintendo Switch games.

Nintendo Switch Lite | Grey colour | Now: £169 | Free delivery | Available at Currys
The grey Nintendo Switch is ideal for those who are looking for a more mature aesthetic while they game on the go. T3 reviewed this colourway on review, and can confirm it radiates a premium aesthetic. The system is £169 with free delivery at Currys right now, which is a cheaper price than it was on Black Friday.View Deal

Nintendo Switch Lite | Blue colour | Now: £169 | Free delivery | Available at Currys
The blue Switch Lite has a lovely finish, and is a great mid-point between the mature aesthetic delivered by the grey, and the super bold one of the yellow variant. The console is now just £169 at Currys, with free delivery included, which is a better deal than on Black Friday.View Deal

For those who missed out on the Nintendo Switch Lite's big unveiling earlier in the year, below is the console's official launch video, which shows off its new form factor and features.