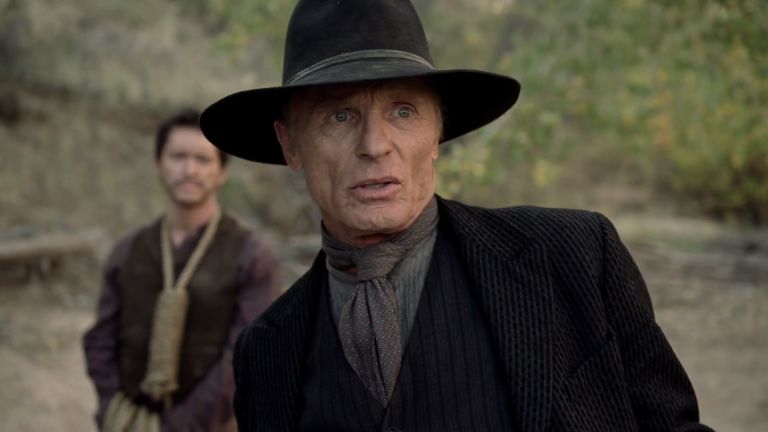 Update: It's almost time to watch Westworld season two, folks! You've certainly left it late, but there are still options to get involved and start watching tonight's premiere. Take a look below on how to do just that.

Are you ready to watch Westworld season two? We know you want to watch it, that's why you're here after all. But what are your options? Don't worry, there are lots of ways to watch Westworld both online and on your TV. Don't tell the man in black you're watching his story unfold on a phone though, we don't think he'll appreciate it.

Read on though, intrepid gunslinger, and we'll tell you how to access Westworld season two in both the UK and USA. We've got some good news already too. You don't have to sign up to lengthy TV contracts in order to enjoy HBO's show. That's certainly an option, and we'll tell you about those as well, but we know many of you prefer short term options and we've found some of those for you. And yes, free trials are happening too.

Great, but when does Westworld season 2 start?

That'd be tonight pardner. Or to be precise 9pm Eastern time on Sunday April 22nd. In the UK, you'll be able to watch it live via select services at the same time, which actually works out as 2am Monday morning on the 23rd.

Don't worry if that's a bit late, or you don't get set up in time, as there are plenty of options to watch on demand after broadcast. Westworld can be a bit deep for 2am viewings after all. Plus Ed Harris will gives you all the nightmares.

How to watch Westworld season 2 in the USA

HBO on Sling TV $15 a month (7 day free trial)
Cutting the cord on TV? Sling TV is one of the best cordless TV options in the US and can be considerably cheaper than satellite TV as you're given greater freedom over what channels to include in your package. You can add the HBO network to your bundle as both a new or existing customer for $15 a month. Just scroll down to the Premium extras section to take a look. Basic Sling TV packages start at just $20 a month. You can watch on lots of different devices and there are no long term contracts to tie you down either.
View Deal

HBO on Dish TV $15 a month extra (FREE for three months)
This is actually a fantastic time to sign up for a Dish package. The satellite TV network has slashed prices on every tier of subscriptions with prices now starting as low as $59.99 a month. You're getting 190 channels on the smallest package too, plus a two year guarantee against price rises. Better yet, you can get the HBO channels added to your package for FREE for the first three months (you'll see this offered on the screen after selecting the starter bundle), then it's the standard $15 a month if you want to keep it afterwards. Take a look at the various Dish TV packages on offer this week to see if any catch your eye.
View Deal

HBO Now (TV devices only) $14.99 a month
You can stream HBO on a range of mobile devices for $14.99 a month. In all honesty though, when you can add it to most subscription services and watch on your TV for the same price, this isn't really the way to go for a show of this magnitude.
View Deal

How to watch Westworld season 2 in the UK

Sky TV from £20 a month
Even the cheapest £20 a month Sky TV deal comes with Sky Atlantic, the UK home of lots of HBO content like Westworld season two and the upcoming final season of Game of Thrones. You can watch Westworld live at 2am each week, or watch on demand at your leisure. There's lots of content to enjoy on this standard Sky package and you can also add optional extras like Sky Box sets (£5 a month) or Sky Cinema (£10 a month).
View Deal

Now TV from £7.99 a month
Now TV offers a stripped down version of Sky's content with fewer channels and shows to choose from. But at just £7.99 a month on a rolling monthly contract, it's certainly worth a look if you're not ready for a full flavour Sky experience. There's a 14-day free trial at the moment for the Entertainment package (that's where you'll find Westworld). But seeing as you can sign up for free trials on the Sky Cinema and Sky Kids packages too, you may as well take them out for a spin too. The Cinema package gets a new premiere every day, just so you know.
View Deal

Can I use a VPN to watch HBO from the UK?

While you may have success using a cheap VPN service like ExpressVPN for watching US Netflix from the UK, it looks like that won't work for accessing US HBO streaming services like HBO Now or HBO Go as you still need a US credit card.

A shame yes, but considering you'd still be paying $15 a month to use those HBO services, we think the UK prices on offer from Sky and Now TV aren't that bad at all. Plus you get even more channels than just those offered by HBO. We'll let you know if we find a decent VPN workaround though. Preferably one that doesn't involve hacking your phone.

Discover more about VPNs and what they can let you watch with our guide to the best VPNs of 2018.