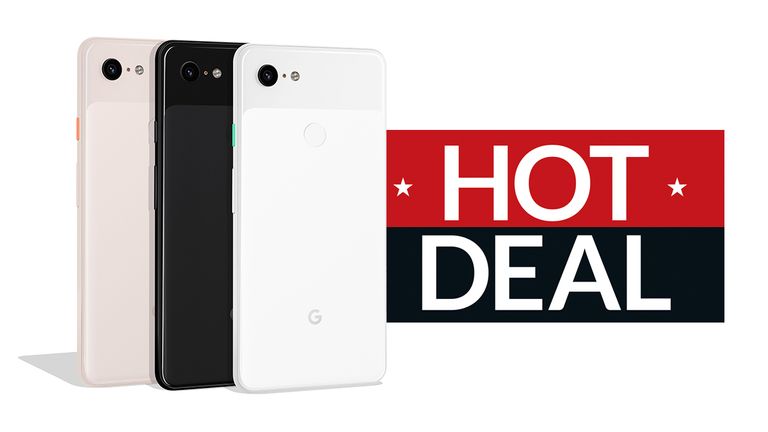 Prices have suddenly dropped dramatically on Google's range of flagship handsets (no doubt because of the recent arrival of rivals such as the Samsung Galaxy S10 and Huawei P30 Pro) and that means both the regular sized and plus sized versions of Google's latest Pixel are more accessible than ever.

And that is great news for tech enthusiasts, as the Pixel 3 handsets are among the very best phones on the market today, with their incredible camera systems, quality hardware, and pure vanilla Android experience making them a pleasure to use.

A cracking Google Pixel 3 deal here from Mobiles.co.uk to kick off the current crazy price crash, with the 64GB handset available for just £40 up front (by using the code 10OFF). Contract-wise you bag a cheap £24 per month deal with Vodafone that comes loaded with unlimited minutes and texts, as well as 5GB of data. Complete cost over 24 months is £616.

The best thing about this deal is that you can land the 64GB Google Pixel 3 upfront for only £15 (with the 10OFF code). You then get a two-year £30 per month contract with unlimited minutes and texts, as well as 5GB of data. This deal costs £735 over the contact.

EE offer another great Google Pixel 3 deal here, and this one comes loaded with almost double the data allowance as the two above. Put down £50 upfront (by using the code 10OFF at checkout) and you get the 64GB Google Pixel 3 with a 24-month contract that delivers a 9GB data allowance as well as unlimited minutes and texts. Total cost over 24 months is £722

If you have serious data needs then Three is your friend right now, as it is the only network to offer unlimited data deals. This one on Google Pixel 3 is a beauty, too, with you only having to drop £29 upfront for the handset and then £49 per month for the unlimited everything contact. Total cost over 24 months is £1,205

If you've got you eye on Google's bigger Pixel 3 phone then this sweet Google Pixel 3 XL deal should appeal. Put down £100 upfront (by using the code 10OFF at checkout) and you can land the handset with a data-stuffed contract from EE. 20GB of data, as well as unlimited minutes and texts. Total cost over 24 months is £844

This deal allows you to pick up the larger Google Pixel 3 XL handset, along with a contract that delivers 15GB of data and unlimited minutes and texts for £99 upfront and then £38 per month over a 24-month period. Total cost over 24 months is £1,011

As with the unlimited data deal for the Google Pixel 3 above, if you want unlimited everything then you go to Three, and once more it hasn't disappointed. This deal bags you unlimited data, texts and minutes for £49 per month, while the handset itself necessitates only £19.99 to be put down upfront. Total cost over 24 months is £1,195.99

To discover which phones are currently highly rated by our phone experts be sure to also check out T3's best phones, best Android phones and best cheap smartphones buying guides, also.