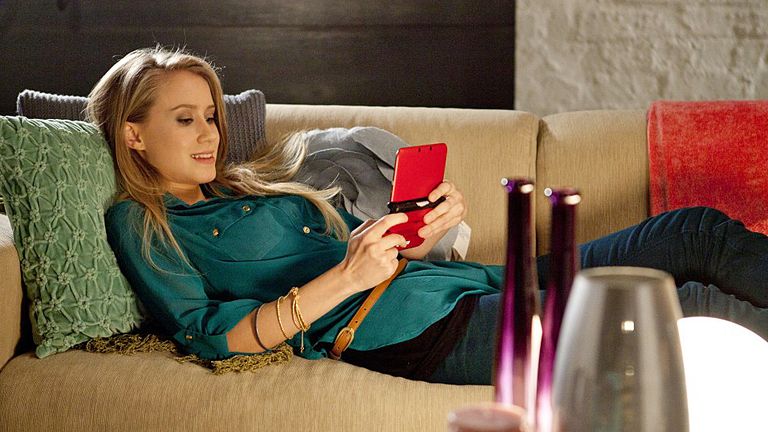 You're in the right place to find the very best Nintendo 3DS deals around on the internet: we've scoured the best deals that the web has to offer and collected them all up in this guide.

Even though the Nintendo Switch is now largely the portable Nintendo console of choice for gamers, the 3D tech of the 3DS range, along with its excellent, extensive library, means that it remains a fantastic console for on-the-go gaming.

We've got great deals across the Nintendo 3DS range of consoles, and it's not even Cyber Monday yet! If you're not bothered about 3D visuals, though, you'll be able to save even more money by opting for the Nintendo 2DS or the even newer and bigger new 2DS XL.

The screen is larger on the New 3DS than the original measuring at 3.88 inches on the top screen with enhanced 3D (compared to 3.5 inches) and 3.33 inches on the bottom (up from 3inches).

The wedge design of the first 2DS has been ditched for the traditional clamshell form in this variant of the console. We think this is much more appealing for grown-up gamers.

There's no 3D (hence the name), but you get to enjoy a huge screen and the upgraded tech inside first seen in the 'New 3DS range.' Better still, it's cheaper than the regular New 3DS XL.

The New Nintendo 3DS XL has a much larger screen than the 3DS, measuring 4.88 inches (top screen) and 4.18 inches (bottom screen). Perfect for gamers with hefty hands.

It features new, enhanced 3D technology, as the New 3DS, that adjusts automatically based on your head and eye movement. This make is much more fun to use when travelling on public transport as well as improving the colour reproduction.

The Nintendo 2DS is still a popular console, especially with parents. The hinge mechanism on the 3DS models is a potential breakable spot and the flat wedge-like tablet design removes the issue.

As the name suggests the 2DS does not have any 3D effects. A good option if you can't get on with 3D. Though you can turn this down, or even off, on the 3D models.

The 2DS has the same processor and the same array of sensors, as the original 3DS, meaning 3DS games will work on the console giving you plenty of choice. However, the New 3DS and the New 3DS XL feature a new processor and it is likely Nintendo will release games which are only compatible with the new models in the future. Something worth considering.

Looking for one of the older models?

Though we believe the top four are the best models to consider when purchasing a new Nintendo 3DS. If you'd rather have an older model, the 3DS XL (not to be confused with New series) is still available. The original 3DS seems to be more expensive than the new model now and is longer in production, so we've removed the price comparison chart from our guide.