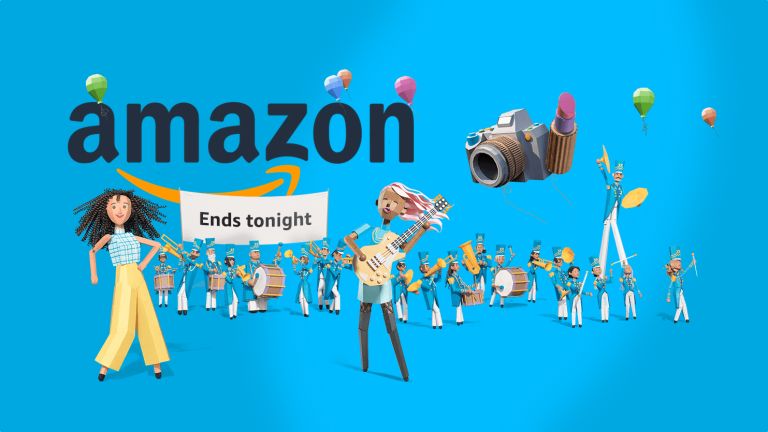 Amazon Prime Day 2020 is the next sale in the retail giant's annual event, following Amazon Prime Day 2019 which took place last July. And what a day that was. First off, the 'day' lasted 48 hours, which is a bit of a stretch of the definition of a day, but we're not complaining because it gave us more time to shop for some epic deals.

Amazon Prime Day 2019 kicked off at one minute past midnight on Monday 15 July and ended at midnight on Tuesday 16 July and, as Amazon had promised ahead of the event there were millions of items on offer for Prime subscribers and the best ever prices on many Amazon devices such as the Echo Dot, Kindles, Fire TV sticks and Fire tablets.

We had a great time digging through the offers to bring you the very best Amazon Prime Day deals and over the two day Prime Day sale period we posted over 100 articles highlighting deals in categories such as home appliances, fashion, smart home, gardening, and much more. Our mission on T3 is to help you live a smarter life and that means buying the right products for your needs at the very best prices, so Prime Day was the perfect event for that.

It's also likely that there will be some sort of 'Countdown to Amazon Prime Day' event with early discounts ahead of the actual Prime Day sale. That's because last year saw Amazon's competitors kick off their competing sales early. For example, in the UK Currys held a week-long 'Black Tag Summer Deals Event' which ran from July 8 to July 14. And in the US Walmart had thousands of "special buys" and "rollbacks" on its site between July 14 and July 17.

Interestingly, Google was a partner of Currys for the Black Tag Summer Deals Event which meant that while Amazon was the place for cheap Amazon devices during Prime Day but Currys (and in the US, Walmart) were where you'd want to head if you wanted a cut price Google smart assistant.

Based on those competing sales from last year, here's how things could shake out for Amazon's Prime Day sale in 2020.

Remember, these are our predictions based on writing about Amazon's sales for the last few years so they are not set in stone. We'll update the dates as soon as we hear anything from official sources.

What will the best Amazon Prime Day 2020 deals be?

It's almost guaranteed that Amazon will discount its own devices heavily and if 2019 is anything to go by some of those discounts will appear in the weeks leading up to Prime Day 2020 and some will continue after Prime Day has ended but the lowest prices will be reserved for Prime Day itself.

As happened on Black Friday 2019, we'd expect the Amazon Echo Dot with Clock to be a) heavily discounted for Prime Day and b) a hugely popular purchase as a result. For Black Friday 2019 it dropped from £59.99 down to £34.99 so if we're lucky we might see it selling for £29.99 over the Prime Day sale period this year. And even if it doesn't drop that low, it's almost certain it will at least match its Black Friday 2019 £34.99 sale price.

Prime Day 2020 could also be an amazing time for anyone looking to snap up the current generation consoles – the PS4 and the Xbox One. That's because the PS5 and new Xbox Two will be coming in time for Christmas 2020 so you can expect stock of the current consoles to get some hefty price cuts in the months leading up to the release of the new consoles. That should please gamers as console deals were rather thin on the ground over Prime Day 2019 and Black Friday 2019.

And as with 2019, Amazon Prime Day 2020 won't just be about deals for Amazon Prime subscribers. Expect to see big 'Alternative Prime Day' sales from retailers including Walmart and Best Buy in the US and Currys and John Lewis in the UK, both online and in store.

We know from our own data that Amazon devices were hugely popular this year, which is hardly surprising given the massive price drops they saw. The Echo Show hit its cheapest ever price, so that was a big hit in the sale as was the Echo Dot, which hit a £22 Prime Day low (and that price has not been beaten since).

Some of the top-selling deals from around the world, excluding Amazon devices, included:

We also have some interesting data about Prime Day 2019 from market intelligence firm Numerator who surveyed Prime Day 2019 shoppers to get a picture of how the event went.

We know that shoppers looking to buy into the Amazon ecosystem (that's Amazon devices like the Echo, Kindle, Fire TV sticks and tablets and Ring Video Doorbells) were offered some really good deals. According to Numerator, the depth of discount on Amazon ecosystem products averaged 45% this year, compared to 37% in 2018. Echo, Fire TV, and Kindle products were all offered at the deepest discounts seen to-date. Additionally, Alexa-enabled products averaged a slightly higher discount of 32%, and many deals on these products – like an Alexa-enabled Instant Pot – included the Echo or Echo Dot as a bundled package.

Numerator adds that  for 36% of Prime Day shoppers, this year was their first time shopping Prime Day – that’s down from last year’s 44%, but still a significant number of newcomers to the day of deals. 58% of Prime Day shoppers participated in 2018 as well, and 12% of this year’s shoppers participated in the first ever Prime Day back in 2015, showing that Amazon has succeeded not only in attracting first-timers, but also in maintaining loyal enthusiasts.

Hitwise provided further information as to the success of Prime Day 2020, suggesting that it's a shopping event that Amazon is not going to abandon any time soon. According to the market intelligence firm, online visits, transactions, and sign-ups all spiked in key markets. ​In the US Amazon's share of transactions among the top 50 retailers was 72% during the 2018 holiday season and rose to 86% on Prime Day. In the UK, Amazon’s focus has been on growing the number of Prime subscribers, and it worked. Over 80 thousand people signed up to Prime each day over the 48-hour period. That's a +147% rise compared to last year.

Hitwise says that in the US, the Nintendo Switch was the most searched product, overtaking the still popular Instant Pot. Searches for the Ring doorbell grew significantly this year due to a deal which bundled it with the Echo Show (both Amazon products). In the UK, the Nintendo Switch was also the top searched product followed by laptops, Fitbit, Audible and PS4. They weren't the most purchased Prime Day products, though: Hitwise said – as did Amazon – that the most purchased products in both the US and UK were Fire TV Sticks and Echo Dots, which is not surprising given the massive discounts they got.

Interestly, it seems that the Amazon Prime Day effect extended to bricks and mortar stores, too. Placer Labs analyses footfall in locations such as shopping malls and retail outlets and it found that the offline impact of the Prime Day sale didn't just affect Amazon, where Amazon’s Whole Foods storesaw visits around 25% above what they were during summer 2018. Walmart saw higher than average in-store traffic over the Prime Day period as did Target and Best Buy. "If Prime Day 2019 is any indication, expect greater levels of crossover between offline and online pushes," Place Labs concludes. "And this doesn’t just mark a significant event for Amazon, but for the retail community as a whole."

Yes, you can. Simply head over to Amazon's daily deals page to see what's on offer today.