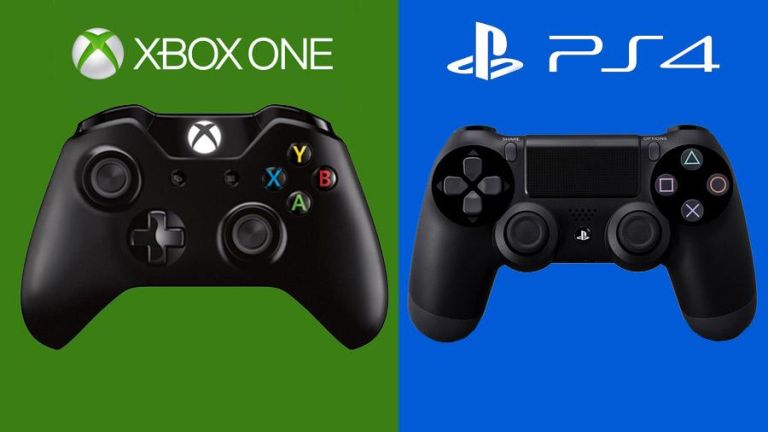 There are plenty of Black Friday gaming console deals trickling through. Keep an eye on console bundle deals, you can often get a fantastic saving.

Though the lightening deals won't happen until the 25th November, so don't feel you've missed out. There is still time to choose which game console maybe best for you or your loved one.

Retailers like Amazon, Game Best Buy, GameStop, Target, Walmart and even digital storefronts like Steam, PlayStation Network and Xbox Live always go all out on gaming deals during Black Friday.

And it’s not just game consoles that receive a price slash - keep an eye out, too, for accessories like controllers and headsets, not to mention the many individual games that go on sale, especially online.

So no matter what you’re looking for this year, chances are, you’ll find it.

Black Friday presents itself as the perfect opportunity to buy into the PlayStation  dream team.

With the arrival of Sony's next-generation consoles, the PS4 Pro and the PS4 Slim, and the Virtual Reality headset, we'd place our bets on console bundles and older models receiving healthy price cuts this black Friday.

What's more, retailers have a history of discounting PS4s to record levels on Black Friday, so now is the time if you want to take the plunge.

As we saw last year a lot of retailers created bundle deals, where they priced the console with various games. We're predicting a similar theme this year with most stores likely to be selling the PS4 Slim with Uncharted 4.

We wouldn't be surprised to see tempting bundles for the PlayStation VR headset too.

We've noticed the Sony PlayStation VR headset isn't selling out and is available on Amazon ($399/£332). With comments from Sony saying 'sales are on track' we predict this product will receive a Black Friday price tag makeover.

As virtual reality headsets come, the PlayStation VR isn't a bad option. It doesn't require a high-end PC or a specific Android smartphone, just  a PS4.

You'll also find the headset up for order at Best Buy, GameStop , Target and Walmart, so keep an eye on those retailers for PSVR deals and bundles on Black Friday, too.

We know Xbox One S bundle will be available in the US for the lowest price ever of $249 this Black Friday. Microsoft posted a blog on Monday announcing there'll be $50 off any bundle which includes a Xbox One S console, one of a number of games and an Xbox wireless controller. We predict similar deals for us here in the UK.

Keep an eye on our Xbox One deals page which will be updated as soon as Microsoft give the nod. If you've been on the fence, now is the time to leap over, as you won't find a console at this price for a very long time, if ever.

As you can imagine, Best Buy, GameStop , Target and Walmart all offer the Xbox One S, including with a number of game bundles. Microsoft has also put together a number of Xbox One S holiday bundles, including a Battlefield 1 bundle for $299 and a Gears of War 4 package for $349.

The best Nintendo Wii U deals

It's been fairly quiet on the Nintendo Wii front, in terms of what deals to expect. And with the Nintendo Switch revealed it is uncertain whether the Wii U (currently $299 with Mario Kart 8/£237 on Amazon) will remain in production.

Either way, there's still a case for buying the Wii U for the many great games if you are a Nintendo fan. And should it be the last time you can get one, get it at the right price - cheap with a Black Friday price slash.

You'll find some Wii U offers going on right now over at Best Buy, GameStop, Target and Walmart. Keep checking those retailers for Wii U clearing deals on Black Friday, too.

If you are a Nintendo fan, Black Friday is looking pretty exciting. The video game company are slashing prices and have rumoured a Black Friday exclusive launch.

According to GameSpot Nintendo will be launching limited edition of their 3DS in black or white, featuring Mushroom Kingdom-themed covers. These will be available for half of its usual price. Let's hope that deal makes it over to this side of the sea. I want one.

The usual suspects - Best Buy, GameStop , Target and Walmart - will all help you get your Nintendo 3DS fix.

3DS game bundles come and go, so watch out for any new ones this year and the price is sure to be right on Black Friday 2016.