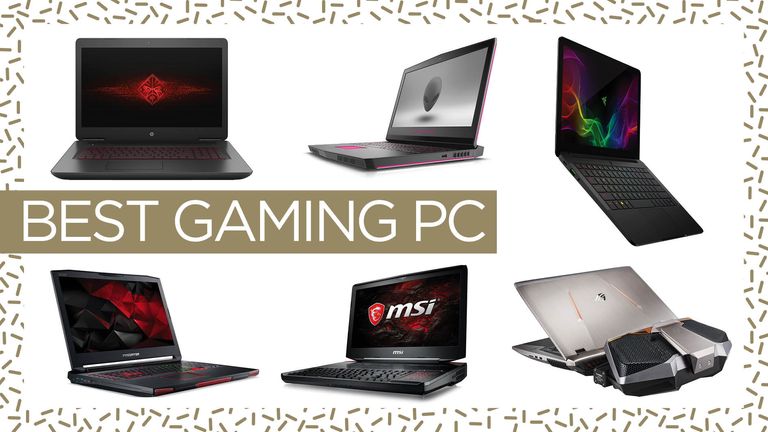 The T3 Awards, or the Oscars of Tech, as many call them – are now in their 11th year, and bigger than ever. Literally, in fact, as we have added a number of new categories this year to reflect the changing face of tech. This category, however, is for Best Gaming PC and features the year's most awesome pixel-pushing powerhouses.

These systems, in one way or another, took PC gaming to a new level over the last year, pairing cutting edge hardware with state-of-the-art designs and, in most cases, jaw-dropping feature sets that helped gamers take their skills from Leroy Jenkins to Fatality.

Which system will become the King of Pwnage though? Read on to evaluate the contenders...

An outrageous combination of sexy, streamlined mobility and serious gaming power, the Razer Blade Stealth ultrabook is unlike anything else on the market.

Despite weighing under 1.33 KG (2.93 lbs), the system packs a 7th Gen Intel Core i7-7500U CPU, 16GB of dual-channel memory and a 1TB SSD, and is capable of running for 7 hours straight on battery with a 4K display. What's more, the system is also compatible with the Razer Core, Razer's plug-and-play external GPU enclosure, which means incredible desktop-grade graphical power is also delivered.

Throw in the fact that the build quality is also superb, with a super premium CNC milled body from aircraft-grade aluminium, and it quickly becomes obvious that this machine is not just incredibly fast but also insanely desirable.

Alienware has been a front runner in the gaming PC market for a long time, turning out top-grade gaming machines that frequently set new benchmarks in terms of build quality and feature sets. Simply put, they have excellent pedigree.

That reputation is maintained with aplomb with its new, redesigned Alienware 15 gaming laptop, which not only delivers 187 per cent of the graphics performance of the previous generation, but also features a sharp new forward-hinge screen design.

The system is also incredibly customisable, with a wide variety of CPUs, RAM sticks, hard drives and GPUs (the latter allowing the installation of up to a Nvidia GeForce GTX 1080 with 8GB GDDR5X) allowing the gamer to build their system as they want it.

An absolute beast of a machine, both in specs and looks (the latter are incredibly beastly), the Asus ROG GX800VH delivers absolutely insane gaming power for a laptop.

The price is also monstrous, however, when you're in the market for the best gaming laptop money can buy, the ROG GX800VH is right up there thanks to its uncompromising specs alone.

Acer's Predator range of gaming-related PC systems, monitors, projectors and accessories is well established now, and with this "desktop-grade" gaming laptop it has arguably elevated its reputation even higher.

A 17-inch 4K UHD IPS screen is partnered with a 7th Gen Intel Core i7-7820HK CPU, Nvidia GeForce GTX 1080 GPU, 32BG of SDRAM and brace of fast, spacious hard drives. Many of these components can be easily overclocked too, with Acer's PredatorSense overclocking tool easily letting gamers push the system even higher.

Gamers don't have to worry about the system overheating either, with a super smart, next-generation cooling system also in play. A triple-fan, AeroBlade design, with each fan blade measuring an ultra thin 0.1 mm delivers enhanced aerodynamics and superior airflow.

For many the OMEN 17T from HP will be seen as an outsider in terms of the established gaming PC players, however, all they need to do is take one look at the specs and build quality on display, especially for the money asked, to see why there's been a lot of buzz around the 17T this year.

All the boxes you'd want are ticked, including a 4K display, 7th Generation Intel Core i7-7700HQ processor, 32 GB of RAM, 2 TB hard drive and 8GB Nvidia GeForce GTX 1070 GPU installed, as too the feature set, with a simply superb Dragon Red backlit keyboard and Thunderbolt 3 port part of the package.

The design strikes a really nice balance too between streamlined, understated and radical gaming power, meaning that it is just at home in the office as it is during an all night gaming session.

Last up on the list of our contenders is the barbarically powerful MSi GT83VR 7RF TITAN SLI.

The specs speak for this system alone, with a brace of Nvidia GeForce GTX 1080 8GB GPUs in SLI mode partnered with an 18.4-nch IPS Full-HD screen, Intel Core i7-7829HK CPU overclocked to 4.2 GHz, 64GB of SDRAM, and support for multiple super fast SSDs and hard drives.

The feature set is also through the roof, with the machine supporting Hi Res audio, TriDef VR and Matrix Display, as well as packing a mechanical backlit keyboard, all-alloy chassis, and Super RAID 4 compatibility.

An all-round monster of a gaming laptop.

How the winners are chosen

Most of the winners - including this category - are decided by the T3.com and T3 magazine teams, aided by a panel of expert judges from the tech biz.