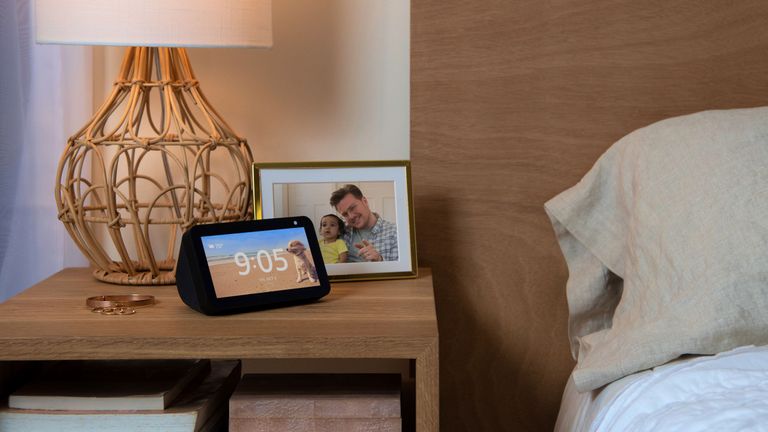 Looking to snag a Smart Display on the cheap this Amazon Prime Day? Good news: The retailer is expected to slash the price of both the Amazon Echo Spot and Amazon Echo Show. To help you find the device that is perfect for you, let’s take a look at them in a little more detail, so you know exactly what each smart product delivers.

As such, the two look rather different– the Echo Spot takes shape as a traditional alarm clock, intended for use on a bedside table; while the Echo Show has a tablet-esque look and feel, so as to slot into a modern kitchen or living room.

Due to its increased size, the Echo Show also has a better set of speakers on board. To be more precise, it has dual 2.0-inch stereo drivers, versus the single 1.4-inch one found on the smaller, but just as functional, Echo Spot.

It all comes down to space. If you have enough room for an ever-so-bigger-than 10-inch device on your bedside table, kitchen counter or coffee table, we’d recommend going with the Amazon Echo Show for the most immersive experience.

But if space is scarce, the Amazon Echo Spot, with its 2.5-inch screen, is a wonderful alternative – delivering the exact same user experience, from a functional standpoint, as the Amazon Echo Show, but in a smaller, rounded bundle.