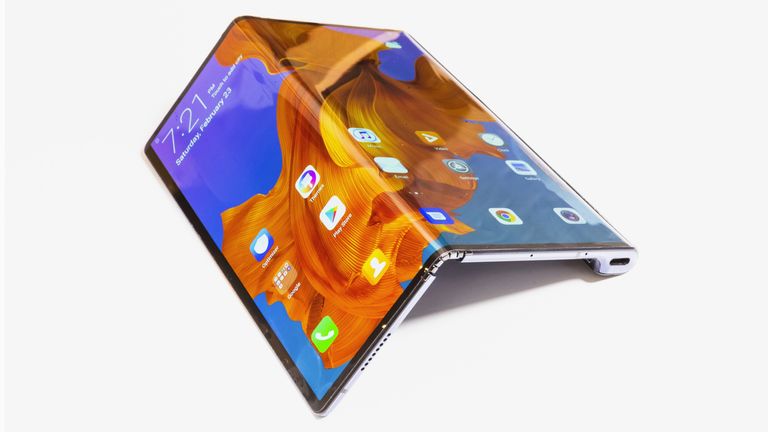 Typical. You wait ages for a Huawei Mate X and then three of them come along at once (that's a joke about British buses, for our American readers). Huawei's latest Samsung Galaxy Z Flip/Galaxy Fold botherer could be shown off at a virtual press conference in Barcelona on February 24. What is not yet clear is quite which – or how many – Mate X folding phones it'll be insouciantly opening and closing while saying, 'As you can see it doesn't fold or disintegrate, unlike certain folding phones we could mention.'

One of the products reported to be amongst those shown at the event will be a new foldable smartphone. Either an actually 'new' one or one we already know about but which is still 'new' to most of us.

After the cancellation of Barcelona's Mobile World Congress (MWC) due to the same coronavirus outbreak that now threatens worldwide Nintendo Switch shortages, tech companies are having to show off their new stuff in more novel ways. That's what Huawei is doing here, with a streamed, pre-recorded presentation, followed by an on-site demo experience. Given that MWC was cancelled due to fears about infection, we're interested to see how that will be handled.

Huawei will be unveiling a brand new foldable, hot on the heels of Samsung's second attempt with the recently released Galaxy Z Flip. Samsung is also expected to be launching a follow up to the Galaxy Fold, and Huawei could be following suit.

The Mate X has already launched in some international markets but has yet to see a Western release. We also know Huawei will announce the Mate Xs in March; it's a more sturdy, yet less pricey, cousin of the Mate X.

So the possibilities for the keynote next week are that we may see the Mate Xs announced a few weeks earlier than expected, or the Mate X reaching Western markets or, like Samsung, Huawei might surprise us with a third foldable that has nothing to do with the X series at all.

Okay, the latter seems a bit unlikely as it would be the first phone in a long time about which there have been no leaks at all. So it'll probably be the Mate X or Mate Xs.