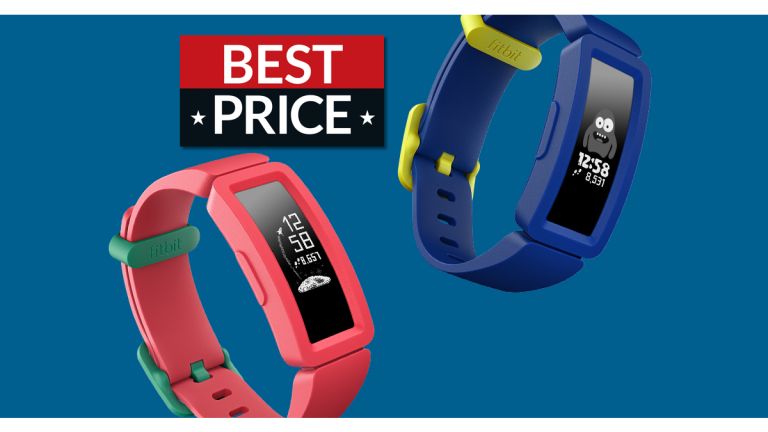 Still haven't sorted the Christmas shopping for the little ones or visiting friends/extended family later on this week? Have a look at these Fitbit Ace 2 deals, live now over various online retailers. We have deals for people living on both sides of the great pond, let's dive right in! Want to get fit? Get Fitbit!

Probably the best activity tracker for kids – the most stylish anyway – the Fitbit Ace 2 has interchangeably straps and a very good screen, too. Interested in other Fitbit models? Head over to out best Fitbit deals page and the find the best deal for all Fitbit models. It's like the Boxing Day sales have started early… because they have.

Fitbit Ace 2 activity tracker | Sale Price £49.95 | Was £69.99 | You save £20.05 (24%) at John Lewis
The Fitbit Ace 2's battery will last up to five days and this kid-friendly wearable is also water resistant up to 50 metres – so it’s can be used in the pool and the shower, too. The Ace 2 can track your child's daily steps and active minutes as well as providing friendly, on-screen messages to encourage a more active and healthy lifestyle.View Deal

Fitbit Ace kids activity tracker | Sale price $87.44 | Was $99.95 | Save $12.51 (13%) at Amazon
The Fitbit Ace tracks steps, active minutes and sleep and shows stats on a bright, touchscreen display. It is also showerproof so no need to worry about the kiddies getting it wet and ruining it straight away! The Fitbit Ace automatically syncs data with the Fitbit App and has a battery life up to five days.View Deal

Why you should buy the Fitbit Ace 2 activity tracker

Designed for children aged 6 and up, at least according to Fitbit, the Fitbit Ace 2 is a Fitbit Inspire in a kid-friendly case. It has a rechargeable battery that can last up to five days, is water resistant to 50 metres, tracks steps/activity (of course) and the screen displays fun animations when your child hits a daily goal.

Compatible with the Fitbit app, the Ace 2 also supports smartphone notifications and has a built-in vibration motor for added interactivity. There are two colours to choose from although the really cool printed straps are optional extras.

Not to mention, this kids' activity tracker can monitor calories, steps and sleep, but has no heart-rate tracking or GPS – tracking children via GPS opens all manner of privacy worries, so that's no bad thing. You can set activity challenges for your child in the app which has parental level control as well as a child friendly interface for its more junior users.