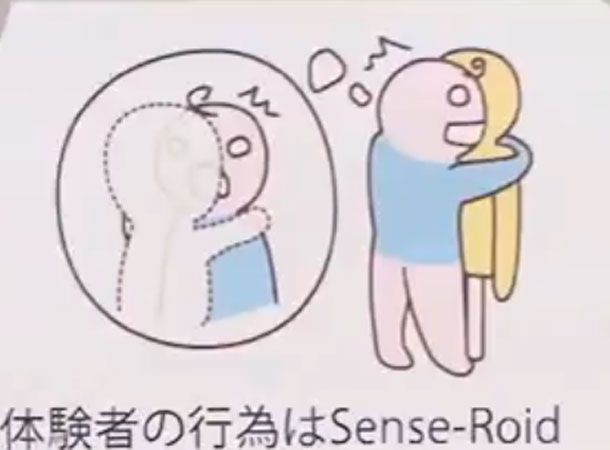 Hug machine
Feeling a bit lonely? Ironically, you're not alone; your sentiments are echoed by the developer of this: the hug machine. Not, as you'd expect, a robot with actual arms, this is a dummy torso with sensors that speak to a special jacket which contricts you as much as you squeeze it. Seems a bit overly complicated to us, but the chap in the video seems to be enjoying himself nonetheless.

Justin Timberlake's life imitates art
His role as music download mogul Sean Parker in The Social Network was arguably Justin Timberlake's finest acting moment. Now he's taking method acting to a whole new level by aping his characters. The man's only gone and bought MySpace. He obviously still sees potential in the service, despite the fact that Rupert Murdoch, who's pretty good with this sort of thing, just lost about 500 million dollars on it.


The Pope Tweets
Showing the Pope an iPad could have gone one of two ways, really. As it turned out, he seemed to be in favour of the iDevice and happily sat watching one of his patronising aides type out a tweet. We think you'll agree, though, that it would have been better if he'd freaked out at all the pinch-to-zoom witchcraft and declared it a device of the devil.


Google has epic bros
Google+ is out now (sort of), and it's looking to take on Facebook in a new, fresh and exciting way. It's got 'circles', see, which is a way of discriminating people and segregating them into different levels of friendship. Watch the video (linked) carefully to see that Google's idea of top-level mates is 'Epic Bros'. 'Trying' and 'too hard' come to mind.


Cardboard vacuum cleaner
Sometimes you look at something and just go: “Err… what?” This is definitely one of those things. It's a vacuum cleaner make almost entirely from corrugated cardboard, for reasons apparently to do with saving mother Earth. It's an interesting idea, but one thing we would say is this: Vacuum cleaners often get thrown about and smashed into chair legs and such like.


CoD overtakes CoD
Let's have a round of applause for Call of Duty, which has managed to overtake itself as the biggest-selling game of all time in the UK. Black Ops has leapfrogged Moder Warfare 2 to the top spot, which points to a continuing, predictable pattern of CoD games doing rather well in the charts. The two titles are developed by separate companies, so it'll be champers all round for Treyarch and, presumably, a melee-style pistol butt smack round the face for Infinity Ward employees.

World of Fourcraft
New York went up for grabs this week, as an online game that uses Foursquare check-ins to register which areas of town belong to various clans opened its virtual doors. Think the classic Risk board game, only fought out in terms of how many times you visited your local Starbucks rather than dice rolls.

UFO over London
Is this actual footage of an Alien spaceship over the capital, or a clever CGI viral? We've no idea; we're just pleased by bright colours and moving images…