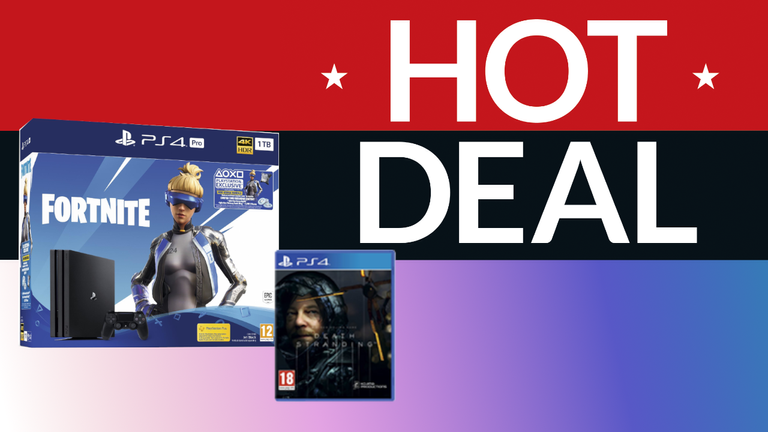 We thought we'd seen prices that couldn't be beat on Black Friday, but this PS4 Pro deal has knocked our socks off. Just over a week ago, this exact bundle was available to buy for £349  - which is a steal - but now we've spotted it for a whopping £51 less, coming in at £299.

This really is too good to miss, with Box.co.uk offering up a 1TB PS4 Pro with DualShock 4 controller, Fortnite, the Fortnite Neo pack, and Death Stranding for just less than £300. Talk about January sales! You won't find a deal this good anywhere else right now. Check out the finer details below:

At under £300,  can't stress how good a deal this is compared to the usual RRP the Fortnite bundle with an extra game included retails for. With Christmas behind you, it's time to treat yourself and the price tag on this makes it an easy decision.

If you're not too concerned about the upcoming PlayStation 5, set to launch this holiday season, along with a selection of PS5 games, but still want a powerful console while making the most of your 4K TV, this is the perfect solution.

And what's more, Sony's console is home to some of the most critically-acclaimed titles of this generation, making it the platform of choice for fantastic games with strong narratives. You can check out what the PS4 lineup has to offer with T3's best PS4 games guide which should help grow your library pretty quickly!