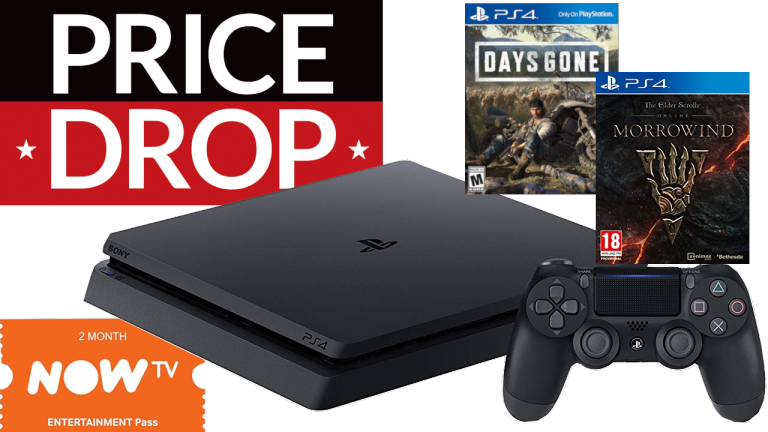 We're less than a week out from Amazon Prime Day but this PlayStation 4 bundle deal from GAME is the one of the best we've seen in the run-up to the big day, saving you over £65 compared to the price of picking up all of the bundled products separately.

The 500GB PS4 console alone retails for around £240, so for an extra £10 you get The Elder Scrolls Online: Morrowind expansion which acts as a standalone to the base game, and is the perfect place to cut your teeth in Tamriel. You'll also get the not-quite-a-zombie apocalypse game and PS4 exclusive Days Gone, as well as two whole months of NOW TV Entertainment.

500GB PlayStation 4 + Days Gone + The Elder Scrolls Online: Morrowind + NOW TV
GAME has a wide selection of PS4 bundles on offer at the moment with a choice of a game or two, an extra controller, and NOW TV passes, but this particular deal is one of the cheapest and offers the biggest saving by far. You can get this bundle with a choice of a either a black or white console, and the Morrowind TESO expansion is a great place to start if you've been looking for a console MMO to get stuck into, plus you can pick up the base game or another expansion to try out once you're done.View Deal

There are of course, other options when it comes to Sony's console, like the 1TB version offering plenty of storage if you're looking to go digital, or the PS4 Pro if you prefer your gaming in 4K; it all depends on what you're after, but this deal is a great place to start, and isn't to be sniffed at.

We reviewed all three models of the PlayStation 4, including the PS4 Pro and the PS4 Slim, which we described as  being "quieter, cooler, thinner" than its bulky older sibling, but the with its excellent and varied library of games, the original console still holds up for 1080p gaming on a budget.