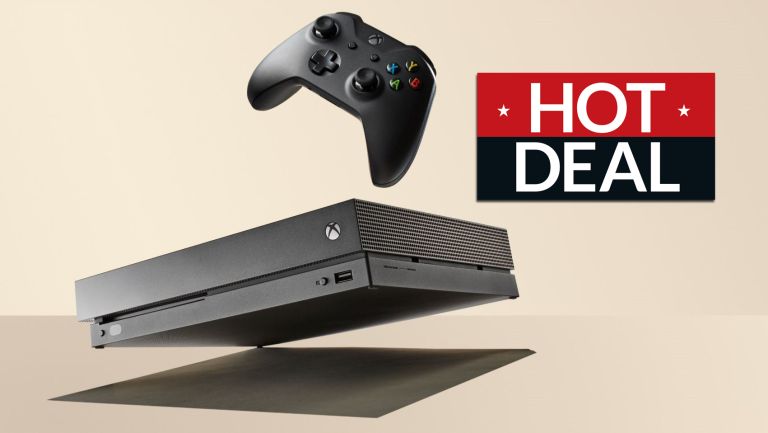 Online retailer AO.com is taking the fight to Amazon Prime Day before it has even begun with an astonishing Bank Holiday sale seeing prices on over 770 products well and truly slashed.

Some of the products with the best prices and sweetest price cuts are in video gaming, with consoles, games and bundles offered at some incredibly attractive price points. Everything from Microsoft's Xbox One X, through to the Nintendo Switch and onto the all-new, digital-only Xbox One S are on offer.

To browse the full range of AO.com deals simply click the link above. Here, however, we've rounded up but a sample of the gaming deals on offer, including consoles and games.

Nintendo Switch 32GB with Super Smash Bros. Ultimate – Neon Red/Blue | now £279 | AO.com
The 5-star rated Nintendo Switch in the natty Neon Red/Blue colour scheme can be bagged right now at AO.com along with the incredibly fun versus fighter Super Smash Bros. Ultimate for only £279. That is normally the price that the console goes for alone, so here you're getting a great game for bundled in for basically nothing.View Deal

Xbox One S 1TB with Digital Download Code for Forza Horizon 4 – White | now £199 | AO.com
The original Xbox One S with spacious 1TB hard drive can be picked up here along with 5-star rated open-world racer Forza Horizon 4 for only £199. That's a hell of a lot of quality gaming right there as it is, however if you combine this deal with some of the Xbox One game deals below, you'll be able to start a very tidy collection without going anywhere near breaking your wallet.View Deal

Xbox One X 1TB with Digital Download Codes for Forza Horizon 4 and Forza Motorsport 7 – Black | now £399 | AO.com
If you've had your eye on the most powerful video game console in the world, the Xbox One X, but have been waiting for a good deal below the £400 mark then this is it. You get the 1TB console along with both Forza Horizon 4 and Forza Motorsport 7 for just £399. Native 4K graphics, HDR, an in-built UHD Blu-ray player, top games and more delivered, and now at a truly attractive price point.

Xbox One S All-Digital Edition 1TB with Forza Horizon 3, Sea Of Thieves, Minecraft (Digital Downloads) & 1 Month Xbox Live Gold – White | now £195 | AO.com
The all new Xbox One S jettisons the optical disc drive in favour of a digital only system where games are purchased directly through the Xbox store, or streamed by Xbox Game Pass. This deal bags you the 1TB console along with a trio of fun games and a one-month subscription to Xbox Live Gold for only £195. Very nice indeed.View Deal

And, in terms of actual games, there's currently a bucket-load of titles across Nintendo Switch, Xbox One and PlayStation 4 also available in the AO.com Bank Holiday Sale, including:

Need For Speed Payback for Xbox One | £17

Dragon Ball FighterZ for Xbox One | £29

Shadow of the Tomb Raider for PlayStation 4 | £35

Shadow of the Colossus for PlayStation 4 | £25