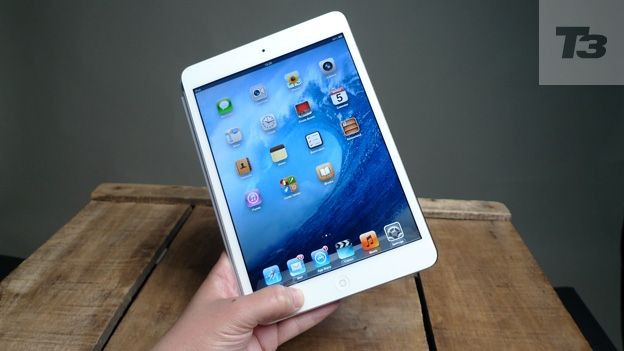 Has the iPad had its day? According to an AMD exec the Sony PS4 and next-gen Xbox will divert sales from an already shrinking tablet market as people look to hybrids

Tablets like Apple's iPad could soon be replaced by hybrids in as soon as “two to three years” time according to AMD UK Retail Business Development Manager Andrew Muscat.

Talking to T3 at an AMD event yesterday the executive predicted that while tablets like the iPad Mini and the Nexus 7 are still desirable they have limitations which hybrid tablets can overcome.

At present hybrid devices almost exclusively run Windows 8 thanks to its ability to combine a touchscreen with a conventional notebook keyboard.

“You're going to see a shift I think, while tablets are good you're still restricted when it comes to content creation, there's always going to be a need for notebooks.”

“I think it's moving a lot more towards taking tablet technology and effectively turning it into notebook technology.”

Muscat pointed out that our current move towards relying on the cloud has also made a big difference to the type of devices we're using.

“If you look at it it's pretty much all evolving around the cloud, the cloud is driving this massively. I think that's where mobile (and when I say mobile I mean notebook, tablet) is going.”

“We see it from Microsoft with 365, we see it from Adobe, and everyone's moving towards 'how can I get content from the cloud to you via a quick on-demand service.'”

According to Muscat the real catalyst for change is in the use of CPUs themselves - suggesting that as chip manufacturers realise the potential of the cloud they'll no longer need the heavy brute force that comes from using a CPU.

Instead companies are now looking to create low power chips that are graphically powerful enough to cope with the constant media consumption that consumers want.

Examples of cloud-based computing already exist in the form of OnLive which lets users play console-quality games on tablets by relying on hugely powerful servers to do all the processing grunt.

Muscat isn't the first industry executive to predict the end of mass tablet appeal after BlackBerry's Thorsten Heins prophesied in an interview that tablets would be replaced in a few years.

Oddly the BlackBerry CEO's comments come at a time of heightened speculation over whether BlackBerry will launch a new BlackBerry 10 tablet next week at its annual BlackBerry Live event.