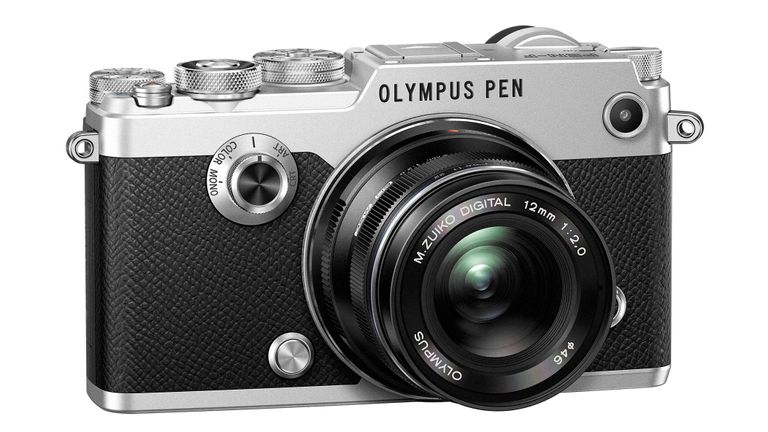 Over the past 10 years, T3 has had the pleasure of looking through the lens of some seriously impressive photography equipment. Year on year, the standard of hardware we've seen has been nothing short of breathtaking and it's a trend that's showing little sign of changing if this year's entrants are anything to go by. From the Sony DSC T100 that wowed us in 2009 to the Olympus EM-5 Mk II that stole the show last year, modern camera tech has never been so good.

Talking of modern incarnations, don't forget to check out T3 Awards 2016 and place your vote for this year's Best Camera (and all the other glorious categories waiting for your very important vote). You might even win yourself a Macbook for you trouble. The event itself will be held on 28 September, at London's prestigious Royal Horticultural Hall so get voting before it closes.

An entire decade ago (hasn't time flown?), Sony was already making its presence known yet again in the world of photography hardware. Of course, a lot has changed in 10 years, most notably the fact phones weren't that smart yet and the market was still open to cameras that offered near professional features without the need to fork out hundreds of pounds on a high-end DSLR.

Enter the Sony DSC-T9, a pocket-sized digital camera with enough features to satisfy both newcomer snappers and professional photography veterans in one fell click. The six-megapixel performance was impressive for the time, as was the 2.5-inch LCD screen, with a whole 58MB of internal memory. Okay, it doesn't sound like much today, but at the time these were some seriously impressive chops for a camera aimed at so many users. And it was that inclusiveness that won us over back in 2006. The compact digital camera might be a thing of the past, but we've still got a lot of affection from Sony's early efforts.

Back in 2010, we had something we don't have very often on the T3 Awards judging team: a unanimous decision. Such is the breadth of incredible hardware and software every year that we're usually divided by such bountiful examples of innovation and performance in a single category, but not six years ago. When the Panasonic Lumix DMC-GF1 waltzed into the party with all its features in tow, no other camera stood a chance.

So what made the Panasonic Lumix DMC-GF1 such a surefire winner in the T3 Awards that year? For a start, the GF1's 12.1-meg sensor was unparalleled, with a comparatively wide range of lenses and built-in flash making it /the/ consummate camera for those who wanted to get serious about photography. This wasn't the only time Panasonic wowed in 2010, with the Panasonic VIERA TX-P50VT20B bagging TV of the Year to boot.

When it came down to judging the best cameras of 2013, we had a veritable smorgasbord of photographic delights to peruse, but one of them just kept on leaping out at us. In previous years, we'd seen proof that compact camera could pack serious professional chops, but it wasn't until the Sony NEX-6 that we realised just how small a pro camera could get and still retain that high-end shot capability. It may have been on the pricey side at a tasty £835 at the time, but it just had so much to offer both the aspiring and the experienced photographer.

For a start there was the exquisite build quality, an aspect not often found in compact cameras, which made it feel as luxury as a full blown DSLR. There was that brilliant tilting viewscreen that enabled you to track your shoots, even when taking them at awkward angles. Then there was the big selling point - the built-in EVF or electronic viewfinder. This was simply unheard of in a camera this size and it made the Sony NEX-6 a must have and a dead cert for Camera of the Year.

By 2015, the Camera of the Year category had already become one of the hardest fought distinctions in the T3 Awards. Considering how powerful smartphones have become, with sensational cameras now a must for flagship models, the world of professional photography has had to up its game when it comes to bespoke industry equipment. That means more features, smaller sizes and fluctuating price tags. It's great for consumers, but so great for the T3 judges having to choose between such examples of lens-based goodness.

The Olympus EM-5 Mk II had one helluva task when it rolled into the club in 2015, but it had the features to back up its swagger. Packed into its sumptuous retro look, the Olympus EM-5 Mk II offered excellent image quality, a deep set of customisable controls and a robust, weatherproof body. It was a killer bit of kit then, and it's still an excellent piece of photographic power today.

In the T3 Awards 2016, Best Camera is being duked out between the Olympus PEN-F, Nikon D500, Canon PowerShot G5 X, Sony A7R II, FujiFilm X70 and Panasonic TZ70. A really strong line-up we're sure you'll agree. Got a favourite? Then make sure you register your vote now.