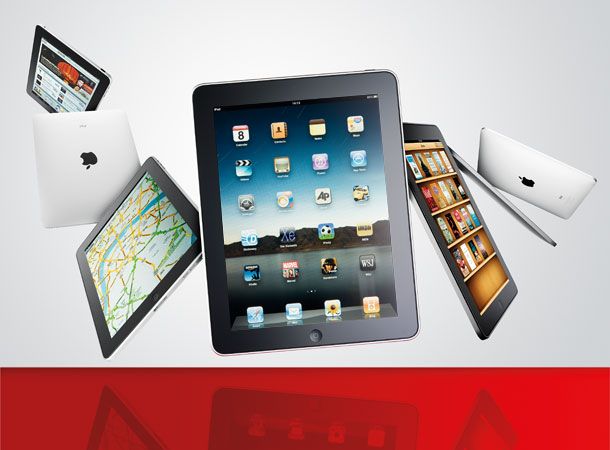 Network provider T-Mobile has teamed up with deals website Groupon to offer the original Apple iPad tablet for just £49.

With the iPad 2 set to touch down on British soil in under two weeks, T-mobile has announced it is to join forces with Groupon to shift the last on the original-generation tablet stock with the market leading tablet going for under £50 with a two year contract.

Having signed up to the daily deals site Groupon, those looking to snag themselves an original iPad on the cheap will be able to pick up a 32GB Wi-Fi + 3G model on a two year deal that will set them back a further £25 per month if they are an existing T-Mobile customer, or £27 per month if they are new to the network.

Whilst this cut-price deal might seem like a money saver at first glance, rival Three is currently offering the original Apple tablet for £99 with the two year contract to cost consumers just £20 per month with 15GB of inclusive data. Although forking out more upfront, those taking up Three's offer will save £70 over two years on those snapping up the T-Mobile, Groupon deal.

As the UK prepares for the arrival of the iPad 2 on March 25th, T-Mobile, its Everything Everywhere partner Orange, Vodafone and Three have all announced they will stock the upcoming device, O2 has said it will not be offering subsidised iPad 2s. Further details of the network's respective iPad 2 deals and data rates is currently unknown.

Are you tempted by the cut priced iPad or holding out for the imminent iPad 2 arrival? Let us know via the T3 Twitter and Facebook feeds. Whilst waiting on the iPad 2 why not check out our ten things to do iPad 2 hands-on video below.