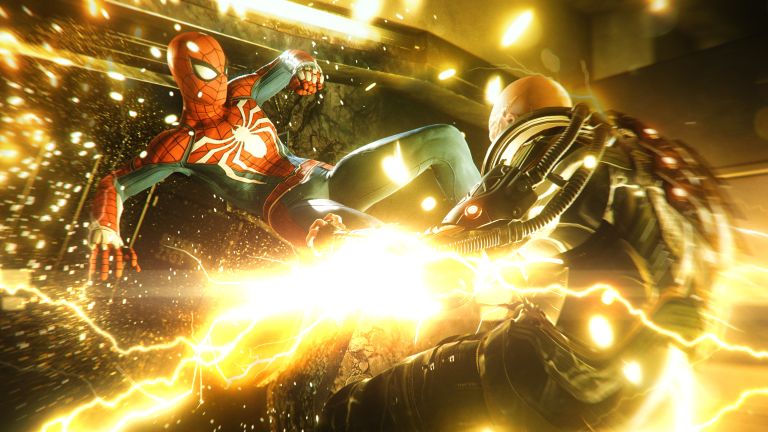 Unsurprisingly, one of the most critically lauded video games of the last few years, Marvel Spider-Man is now available in a prestigious Game Of The Year edition.

For those who don't know, the blockbuster game, which was developed by Ratchet and Clank and Sunset Overdrive creators Insomniac Games, has been a colossal  success for Sony.

So much so, that the Japanese gaming giant has bought the studio to develop future games exclusively for its PS4 and, presumably, PlayStation 5 consoles.

But what about your friendly neighbourhood Spider-Man? The Game Of The Year edition for Marvel Spider-Man includes the The City That Never Sleeps DLC package bundled with the original PS4 game. This £15.99 downloadable extra contains three exclusive story chapters and nine new suits for the titular hero.

The game has also received a slew of updates with improvements and free costumes since its initial launch. Most recently, the game was updated with a new playable Spider-Man suit inspired by the one in Spider-Man: Far From Home, which is currently playing in cinemas worldwide.

But perhaps most excitingly, the launch of a new version of the superhero epic means the original DLC-less Spider-Man has seen some impressive discounts. In fact, Amazon has already dropped the PS4 game to a better price than during its bombastic Prime Day sales!

Marvel's Spider-Man | Sony PS4 | RRP: £54.99 | Deal Price: £19.99 | Save £35
One of the biggest games of the last year, this should be in any PS4 owners' collection. If you're not fussed about the glossy new artwork available with the Game Of The Year edition, then this is a brilliant price for the game. Trust us, if you're looking for a new obsession for your PS4 this summer, look no further!View Deal

If you've already finished Marvel Spider-Man and are looking for your next PlayStation 4 obsession – why not check-out our definitive list of the best PS4 games money can buy?