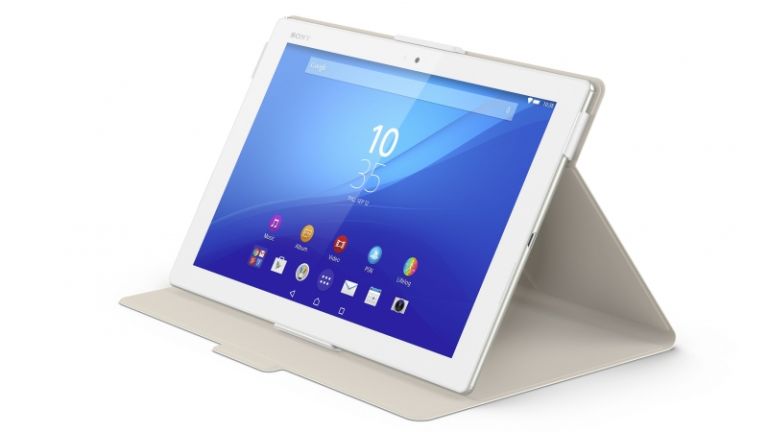 There's no flagship smartphone from Sony at this year's MWC, but the Japanese firm has arrived in Barcelona with two new devices; the Xperia Z4 Tablet and Xperia M4 Aqua.

It's the tablet which is stealing the show on the Sony booth, with the 10.1-inch slate replacing the aging Xperia Z2 Tablet and joining forces with the smaller Xperia Z3 Tablet Compact.

It'll certainly be giving the iPad Air 2 for its money then, oh, and did we mention it's IP67 dust and water resistant and just 6.1mm thick? That makes the Z4 Tablet as ridiculously thin as Apple's flagship tablet.

Weighing in at just 396g for the heavier LTE model the Xperia Z4 Tablet has the Air 2 beat on the scales too.

There's no word on a Xperia Z4 Tablet release date or price, but we're hoping it'll land around April and it's likely to cost quite a bit.

Time for a dip

If you're in the market for an affordable smartphone then Sony has you covered as well, with the launch of the Sony Xperia M4 Aqua.

With a pair of impressive cameras, rugged abilities and a plastic body which could easily be mistaken for metal the Xperia M4 Aqua is an enticing handset.

Considering the M4 Aqua sports a RRP of €299 (around £220) it's set up to be a pretty decent offering and while we don't have a release date yet we reckon it'll hit around April.