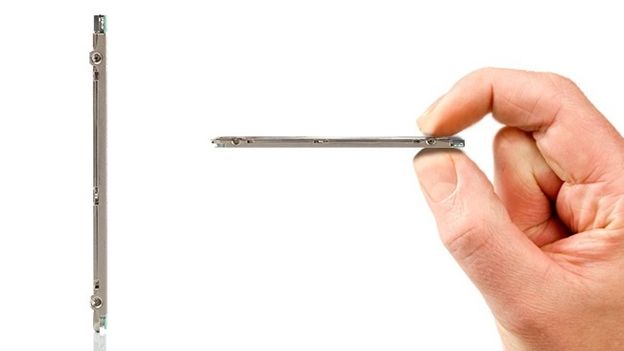 Seagate has shown off a new hard drive that could see tablets and ultra-books with storage of 500GB and above.

The Seagate 500GB Ultra Mobile hard drive has been designed specifically for use in tablets and ultra-book laptops. According to Seagate, the hard drive is 100 per cent compatible with ultrabook and regular laptop standards.

Size wise, it measures 5mm thick and weighs 94 grams. It is said to be up to 30 per cent slimmer than the current record holder.

According to Seagate, it worked hard on making sure that the hard disk was as small as possible to ensure space was freed up for smaller phones, or more features.

Most laptops and tablets use flash-based SSD chips to store data. They have a number of advantages over traditional hard drives, including speed of writing and retrieving data and their size.

However, flash memory isn't cheap and can add hundreds of pounds to the price of a high end laptop.