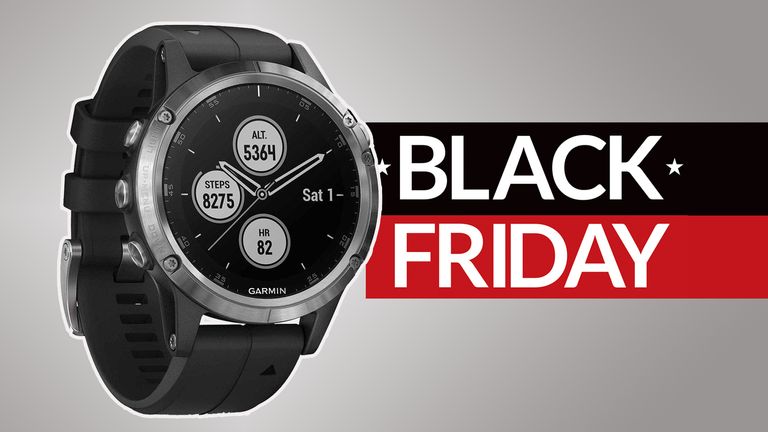 Very doesn't want to left behind the likes of Amazon or Argos when it comes to great Black Friday deals and decided to start cutting back on prices in advance of Black Friday. And cut back they did, saving you a £100 when buying the Garmin Fenix 5 Plus smartwatch, which up until very recently has been the top multi-sport watch from Garmin.

Although we wholeheartedly recommend the Garmin Fenix 6 Pro, the Fenix 5 Plus is not far behind in specs either and for this price, it's a no-brainer purchase. For other great deals, check out our best Black Friday deals hub where we collect all the best deals from the internet. We also have great Argos Black Friday deals and Amazon Black Friday deals, too. Happy browsing!

Garmin Fenix 5 Plus GPS multi-sport smartwatch | Sale price £449.99 | Was £549.99 | Save £100 (18%) at Very.co.uk
More than capable, the Garmin Fenix 5 Plus should be on the Christmas list of any decent sportsmen. It has a 1.2-inch screen, 16 GB of internal memory and pre-loaded TopoMaps. It's also Garmin Pay ready, supports smart notifications, not to mention the up to seven days battery life. Now a £100 cheaper at very.co.uk!View Deal

Why would you buy a Garmin Fenix 5 Plus over – let's say – an Apple Watch Series 4? The biggest appeal of the former wearable device is the outstanding battery life; even considering moderate exercising, you can easily go at least five days between two charges. The latter can last for a day, if you aren't using it too much.

On top of this, the Garmin Fenix 5 Plus is also a very tough device, not something you are afraid to use. It was design for explorers, after all. Water rated up to a 100 metres, you can swim in it in both pools and open water. The sapphire glass is truly scratch free and it will most definitely survive a few bumps when you're tackling a forest path.

The Garmin Fenix 5 Plus is also Garmin Pay ready, which isn't supported by an awful lot of banks in the UK, but still, should you be a Starling customer, for example, you will be able to pay with the watch in shops and anywhere where contactless payment is accepted (almost everywhere by now).

Garmin's GPS system is renowned for its precision. It uses three different satellite systems (GPS, GLONASS and GALILEO) to track your movement and the algorithm works really well. It picks the signal up quickly and the accuracy is more than adequate.